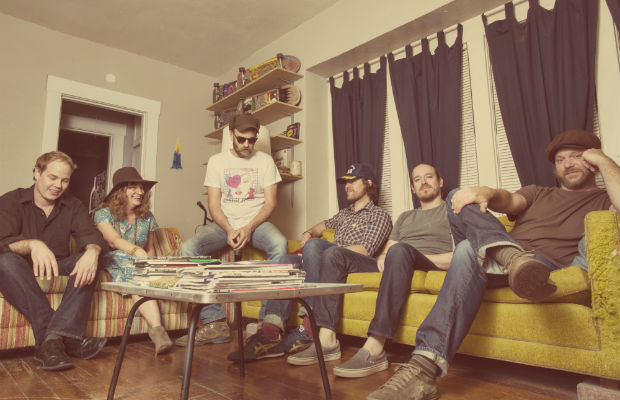 Rolling through town in support of their recent release You From Before, Fort Worth-based septet Telegraph Canyon will take the stage at The Stone Fox TONIGHT, Oct. 6 alongside Avers and Charlie Smyth & The Western Shore. It will be a perfectly vibey show for an autumnal Tuesday night, so don’t miss out! Read on for more about all the acts below.

After bursting onto the scene with 2010’s The Tide and The Current, Telegraph Canyon is back for more with their equally strong, yet decidedly different release You From Before.  A purposeful departure from the twang of their previous albums, You From Before is sensitive and surreal. Moments of folk-singer intimacy break into lush and ominous layers, which in turn descend into catchy pop choruses, unrelenting snare and back again. An extremely personal album about various lost relationships, the material is successful in remaining intimate while also reaching for new sonic depths. With a grueling two month national tour in support of the release, including dates opening for Polyphonic Spree, it seems clear that Telegraph Canyon will get the attention their new sound deserves.

Speaking of sonic depth, there might be a picture of Avers if one were to look up “sonic depth” in a dictionary. The psychedelic-pop/grunge-rock band out of Richmond, VA is so adept at creating exciting and engaging soundscapes. 2014’s Empty Light somehow manages to seamlessly transition from manic shoegaze to catchy video-game pop to smoky emotionalism with a mastery rare in a debut album. Avers is in town on their way to play the Austin City Limits Festival, so don’t miss the opportunity to get their songs thoroughly stuck in your head while they’re here.

Comprised primarily of local husband and wife folk duo Kalee and Charlie Smyth, Charlie Smyth & The Western Shore made the move to Nashville from Seattle two years ago and quickly released their 2014 debut Thunderstorm. Critics have hailed the dreamy melodicism of the record, and the pair have since become regulars about town.

Telegraph Canyon, Avers, and Charlie Smyth & The Western Shore will perform tonight, Oct. 6 at The Stone Fox. The show is 18+, begins at 9 p.m., and tickets are available for $8 at the door.