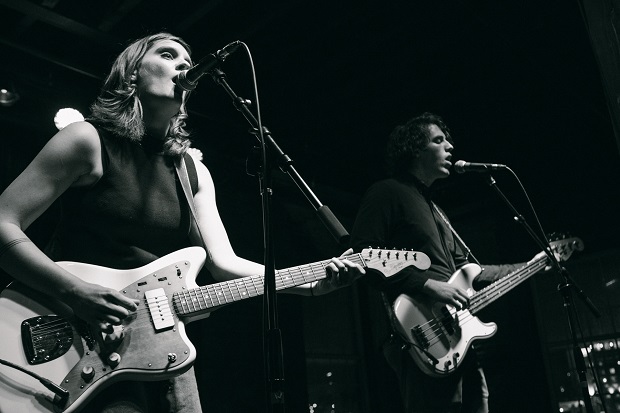 All of us here at No Country For New Nashville were pumped to present Liza Anne and KEEPS at the High Watt earlier this week, and we didn’t leave disappointed. Fans of all ages came out to support these two rising local talents that lie on very different musical spectrums. Whether you like some pop-infused guitar jams or fiercely feminine folk-rock, concertgoers got a taste of some of the coolest music in Nashville. If you couldn’t make it out, or just want to relive the greatness that occurred Tuesday night, keep reading to a trip back in time.

You can read our full review, along with some killer photos from Amber J Davis, after the jump.

As I entered the High Watt, I was surprised to see a relatively young crowd gathered in chatty groups. Most wrists carried the obvious black “X” that marked them as being underage, which made me a little nervous. It wasn’t exactly the kind of audience I was expecting, but it all made sense once I saw the fresh-faced dudes in KEEPS make their way onto the stage. 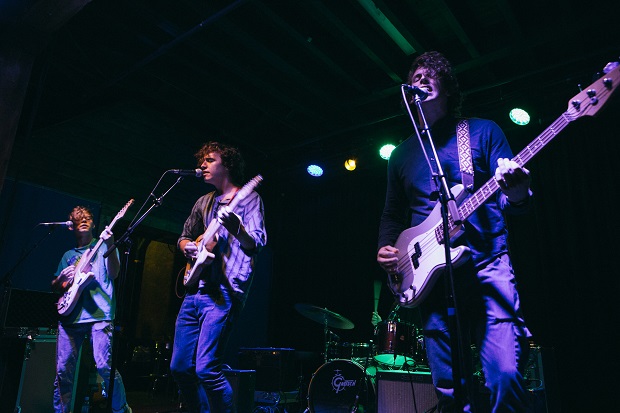 I had never seen KEEPS perform live before, and they have a pretty sparse presence online which piqued my interest in what they had to offer. While they are mostly described as psych-pop, I would put an extra underline on the pop side of things. Many of their guitar grooves reminded me of early Vampire Weekend, which is a positive in my book. Don’t write them off as young indie rockers though, there were some trippy rock and roll moments that pulled back into the sound which allows comparisons to JEFF The Brotherhood.

There’s a lot of room for growth for these guys, but they have a solid foundation. They already know how to create catchy riffs that make Nashvillian heads want to bop, which is a feat many rock bands never quite seem to achieve. Time will tell if these guys can make a solid place for themselves within the local scene, but they seem to be off to a good start. 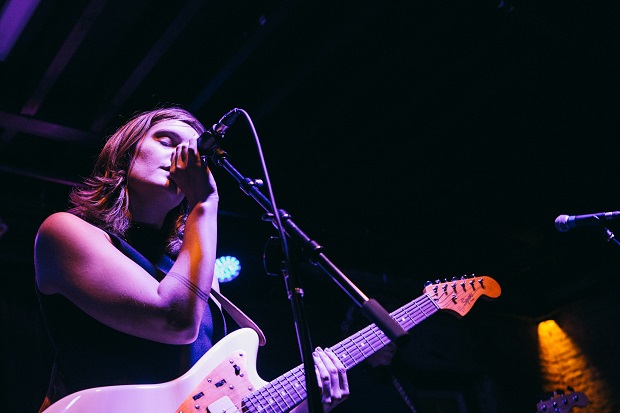 By the time Liza Anne made her way onstage, the room had filled up with a more evenly-aged mixture of concertgoers. I guessed that many of the individuals who made up this older crowd were industry types who had also heard the buzz that’s been surrounding her in recent months. After overhearing a few chatty conversations, my suspicions were confirmed. It seemed like everyone was eager to see what was in store, and if the magic that was sprinkled into every track on her new EP would stand out in a live setting.

This was my first time seeing Liza perform, and I anticipated the sort of timid and toned down acoustic performance that has become a familiar sight around town. There’s a certain beauty to these types of concerts, if done right, but this was not the route that Liza Anne decided to take.

As she marched out with her electric guitar in hand, there was a fierceness and poise that usually comes with a more matured artist. Over the past year, she has grown from a somewhat timid acoustic singer-songwriter to a powerful rocker who has a story to tell.

She sped through a majority of the tracks from her latest EP, TWO, along with a smattering of cuts taken from her first album. The more stripped-down tracks from her full-length, The Colder Months, had been slightly evolved to fit in with her newer, more layered sound. 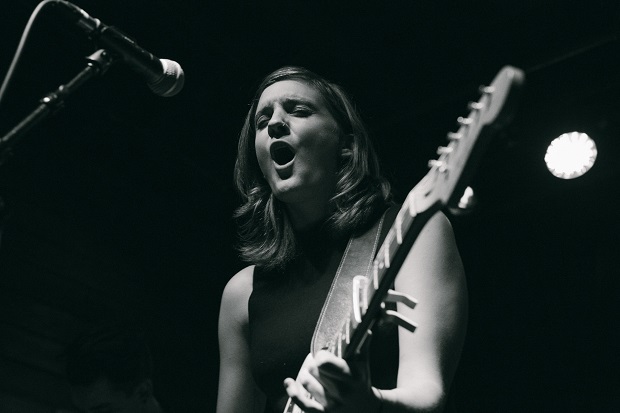 Between songs, she gently greeted the audience in a shockingly small voice as she nervously tuned her instrument. Her humor and wittiness shined through in those short moments. As she introduced her upbeat track “Low Tide,” she showcased a sly smile. “This one will bring you up, but don’t worry,” she joked with the crowd. “I’ll bring you right back down.”

Overall, the night was an obvious milestone for Liza Anne. The intensity and swagger showcased can be closely compared to artists like Torres, who aren’t afraid to put every ounce of emotion they have into the words that seem to careen out of their mouths. Liza Anne combines that sometimes startling intensity into a more relatable and digestible performance that gently pushes the boundaries of what we classify as “singer-songwriter” material.

The next time Liza Anne takes the stage near you, grab a ticket and enjoy the ride. It’s only a matter of time before she becomes an even bigger name within Nashville and beyond.