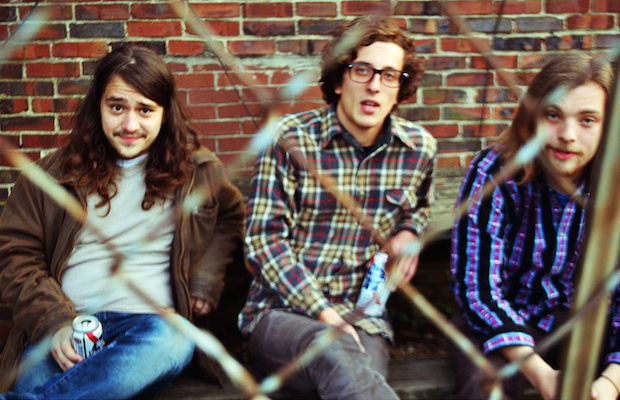 Local rockers New Wave Rebellion are headlining an awesome low dough show tonight, Sept. 3 at one of the best dive rock bars in town, The End, that could kick your Thursday into high gear. Opening up this can of all local kick ass are like minded punks Diekless, eccentric rockers Chico and The Gentlemen,  and acoustic picker Manganelli. This 18+ show starts about 10:30 p.m. (doors at 9:30) and is only $7. Even better news? The bands are running a food drive, so if you bring a canned good, it drops down to $5! Punk rock music with heart; gotta’ love Nashville! Read on for a full preview, and be sure to get out and support local music.

An interesting blend of indie, punk, alternative, and a touch of hip hop and reggae in vocal delivery, New Wave Rebellion are definitely one of Nashville’s most eclectic outfits. Formed in 2012, from the bits and pieces of other now defunct bands, they’ve been attracting audience attention with energetic sets at Music City clubs. Known for heavy grooves, sudden changes in genre, and a frenetic frontman on bass, they are anything but another typical rock band. Have a sample below and witness their unique live show for yourselves.

If you’ve never been to a Diekless show, we are here to tell you, you’re in for a treat. They are  without a doubt one of the rowdiest and most entertaining punk acts to come out of Nashville in the last few years. In fact, Diekless cover just about every aspect one needs to be a successful punk act: they’re loud, chaotic, destructive, and basically storm around the venue like a hurricane of crunchy tones and nearly inaudible vocals. Be there in time for their set and you can experience it firsthand.

CHICO AND THE GENTLEMEN

Creating their very own brand of rock/folk/psychedelia/progressive music, Chico and The Gentlemen are a band we’ve heard about, but one we are looking very forward to seeing for ourselves. Based on what we’ve listened to from them on the inter-webs, they are so multi genre, it’s hard to put exactly what their sound is into words. Of course once you see anyone live, it becomes easier to come up with appropriate descriptions. Have a taste below, and join us at the show.

Mesmerizing crowds with his haunting lullabies, which are brought to life through his acoustic guitar and hypnotic violin, Mike Managanelli, or simply The Managanelli, should be an interesting start to a night of more intense fair. We are taking nothing away from the talented musician, who we are also looking forward to seeing for the first time. Get to The End early, to get the most local music possible for your hard earned dollars.