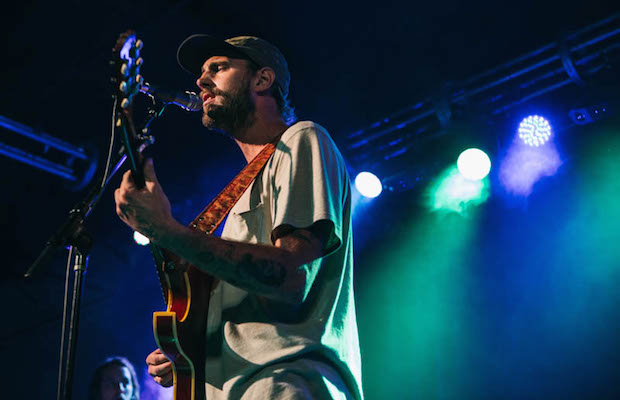 He came home to shine his light on us, Rayland Baxter did. He played Lightning 100’s Nashville Sunday Night at 3rd & Lindsley to share that light, sonically, with all the listeners across the land. ATO Records released his Imaginary Man to bring honor upon dear Rayland and our fair city last month. So, the tale began. For all the build up, this past Sunday night’s live, recorded show surpassed expectations. Ruby the Rabbitfoot, of a very different sound, opened for Rayland Baxter. Read on to experience the night for yourself. 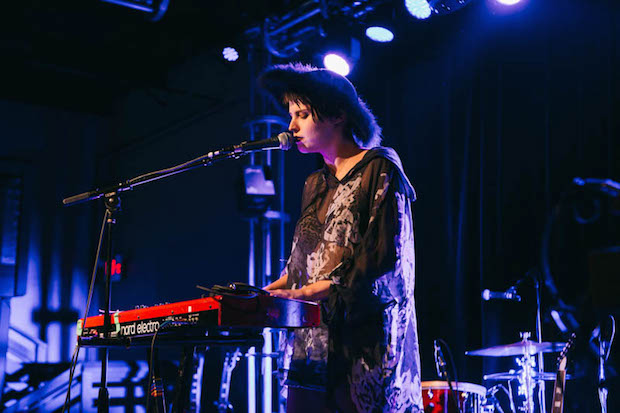 Ruby the Rabbitfoot’s music is hard to pinpoint. She played solo and seems to write solo. After a somewhat sweet, if not pubescent, sounding start, Ruby the Rabbitfoot added a background beat tracking on her third song about a “second wind.” This addition added a post-modern layer to her girlish songwriting. Her simplistic piano with a single tap of the tambourine track and light synths actually made for an intriguing sound, and youthful voice shown from under a feathered black hat and see-through caftan cape. Ruby’s goth lips and funny quips only added to the experience. She often uttered a sarcastic “cool,” and took down her friends in the audience. Add some anecdotes about her grandma and cursing on top of earnest songs, and you have Ruby the Rabbitfoot. Highlights: the “I hate you” song about instagram-ing your ex and “Faucet Love” about the kind of love you can turn off and on whenever you want (stemming for her aunt’s gripe about lovers who leave). The topics of her songs are much more sassy and energized than her slow paced electronica infusions; she brought to mind the ’90s with her emotional, determined themes and fishnet socks paired with glitter platforms. 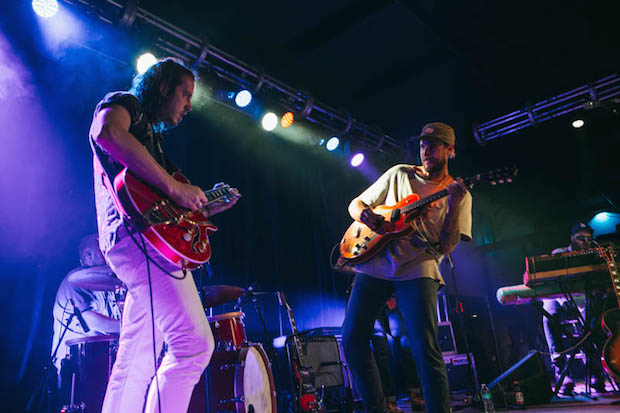 Rayland Baxter began with “Marjoria,” as the smoke pumped and the band resonated a big, warm chicken noodle soup sound (read: complete comfort). Kacey Musgraves and her beau made it inside just in time to see Mr. Baxter tear off at the start. The crowd suddenly grew to a large size, and Rayland said, “thank you for having me, blah, blah, blah.” There were “no thanks for Marjoria,” and I couldn’t help but sing along. A tall, affable man in the crowd told me his brother-in-law plays for Rayland sometimes (“you’re so Nashville if…”), and that he’s one of the most laid back, welcoming artists he has met. Unassuming and easy, Rayland tucked us in with his lullabies on Sunday night (one being a hit song, played on Lightning 100, of my namesake). He funked up these old arrangements and made them more’70s dance floor free. The electric keys with an organ sound brought me back to the yacht rock greatness of that time. Rayland’s guitar solo lilted in “Olivia;” the full band swelled and softened to bring 3rd & Lindsley patrons out of any funk. Every member of the band, especially the keyboard player, are masters of their instrument, and know just when and where to interject or steal away the attention. For as quality of an album as his new one is, Rayland’s live show is even more layered, longer, and more full of personality. Every song received yips and yells and the man sitting behind us drummed on his beer bottles. 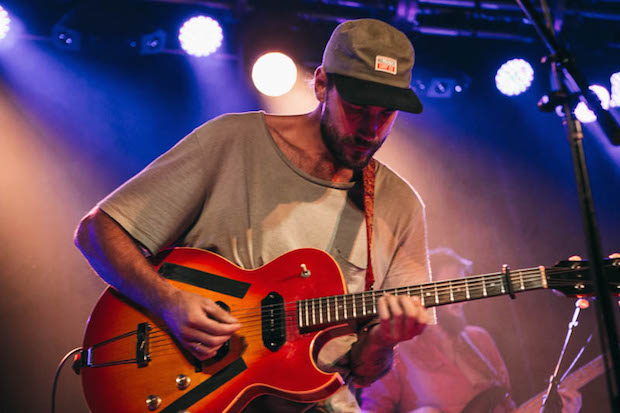 Baxter’s recent guitarist, Nick Bockrath, also plays for Cage the Elephant. Alex, the organist/keyboardist from East Tennessee brings the jazzy feel good, low down. He delighted the crowd by playing an organ version of “Rocky Top” in between songs, and almost everyone joined in. Rayland seems to have been given his good guitar skills by the devil himself. In fact, he mentions the devil in three different songs (at least two from the new album), so it’s not an unlikely suspicion. His gift for whistling ain’t bad either. His is the kind of talent that looks utterly effortless and soothes the heartbroken. “Oh My Captain” came next, then “Rugged Lover” which he said “sucks” if you’re alone. “Freakin’ Me Out” was one of my lesser liked songs on the album, until he and his band played it live. The song was much fuller, with the keys having a big part in that. Baxter started singing Frank Ocean’s “Sweet Life” along with the keyboard in between songs, but then admitted, “it’s not my forte” and went straight into “Yellow Eyes.” “22 Letters” was a departure, a dark and sinful tune about the lost, in which he rocked out hard, even almost turning metal. He played many more songs after the Nashville Sunday Night/Lightning 100 broadcasted ended. One of the last was about an acid accident, namely involving a girl at Bonnaroo and a cup of “orange juice,” which was cut from the record for being “too real.” It is called “Dead Head Woman” and felt very reminiscent of the ’70s, Carlos Santana, and “Black Magic Woman.” I saw Mikky Ekko on the walk out talking to Kacey Musgraves’ beau. Rayland said he was glad to have created an album with his little circle of friends, and what talented friends he has! Like attracts like, people.

Rayland Baxter’s resonation (not unlike a prayer bowl) bellows louder and louder in a warming, comforting ring as he takes his fascinating, fine-tuned music to play to more and more ears. His tour with Grace Potter will carry on all over the darn place we call U.S.A. Buy the album here and stream it here.