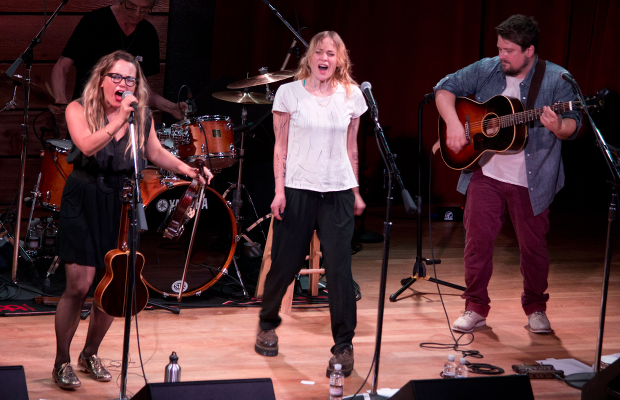 We made our way out to City Winery over the weekend for the rare opportunity to see The Watkins Family Hour outside of their longtime home of Los Angeles. It was a night full of incredible covers, witty banter and a creative dynamic you don’t get to experience at most live shows. We have our full review, and some killer photos of Sean and Sara Watkins, Fiona Apple and the whole Watkins Family gang from photographer Justin Humbert below.

I’d never been inside City Winery before, and as I walked through the door I felt a little out of place. It had the upscale feeling that comes with anything that uses “winery” in the name, but mostly I just felt out of my element. I’m used to venues with dark open spaces and PBR cans, not white tablecloths and numbered tables. Still, I optimistically made my way to my fancy seat and examined the stage that would soon showcase one of the most interesting and talented troupes of musicians on the touring circuit right now. 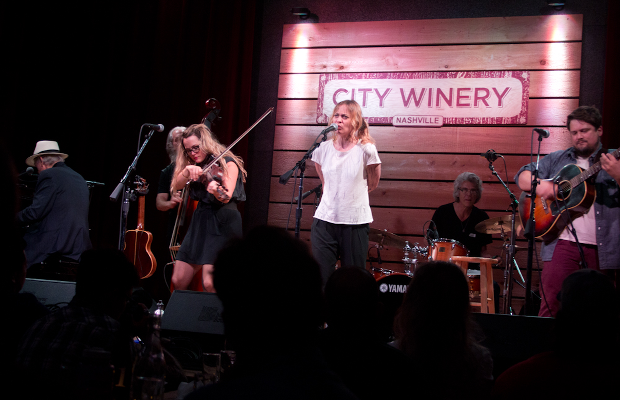 The barrel-shaped room quickly filled with an array of concertgoers, ranging from giggling teenagers to grey-haired couples dressed to the nines. As the lights went down and Sean and Sara Watkins emerged onto the stage, the clinks of glasses and murmurs quieted to a serene silence. The siblings wowed the crowd with a quick duet, and introduced the rest of the musical gang to the crowd. It’s an interesting mixture of talented musicians that were clearly not professionally manufactured, a la One Direction. Instead, these musicians became friends and have performed for years during the The Watkins Family Hour monthly residency in Los Angeles. Many performers have come and gone over the past ten years that Sara and Sean have kept up the variety show, but the core members decided to record an album and head out on the open road. Because of their unique dynamic, their live show keeps with the same haphazard feel that makes it fresh and entertaining to watch. 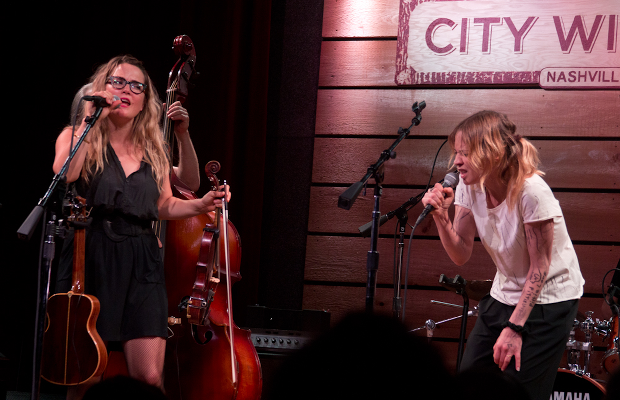 At first, I wasn’t sold on the show, mostly because of Fiona Apple. Before you attack me with angry tweets, I must convey that I have a great appreciation for Apple as an artist and was excited for the opportunity to see her live. Within the first few songs, the mixture of Apple’s reserved and sometimes cooky stage presence was distracting. While the rest of the pack was slickly dressed, Apple opted for a white t-shirt that had been marked with giant black scribbles that made their way down her arms. When she wasn’t singing, she would sit on the stage and rock back and forth as the others took the spotlight. I could see the polo and khaki crowd begin to whisper and trade cautious looks. Still, as they rolled through tracks from their album, including their current single, “Steal Your Heart Away,” there was a certain magic to that began to settle into the room. 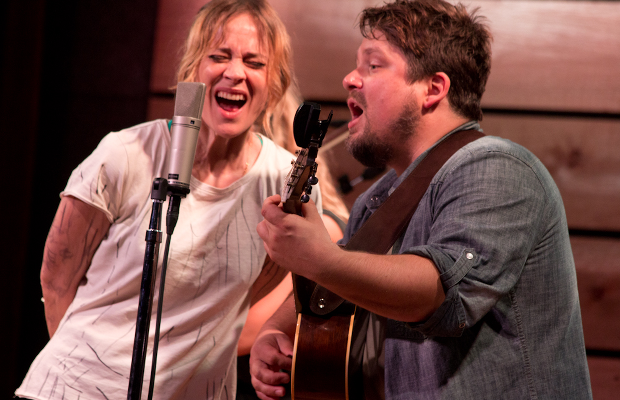 After the group played a rousing cover of Bob Dylan’s “From a Buick 6” for the first time, Apple took center stage to perform her own 1999 hit, “A Mistake.” Chants and applause came in waves from the crowd, as her powerhouse voice soared across the room. As she nervously played with her scrunchie between verses, it made me appreciate her in a new way. Even though she’s an accomplished artist, she seemed as cautious as a college kid at an open mic night. That authenticity flowed through the rest of her featured performances, including a heart-wrenching version of Irving Berlin’s “All Alone.”

Still, Apple was not the only standout in the show. Each artist had their individual time in the spotlight. Sara Watkins played her sentimental solo track, “You and Me,” while Sean shared his touching version of Roger Miller’s “Not in Nottingham” from Disney’s 1973 Robin Hood soundtrack. 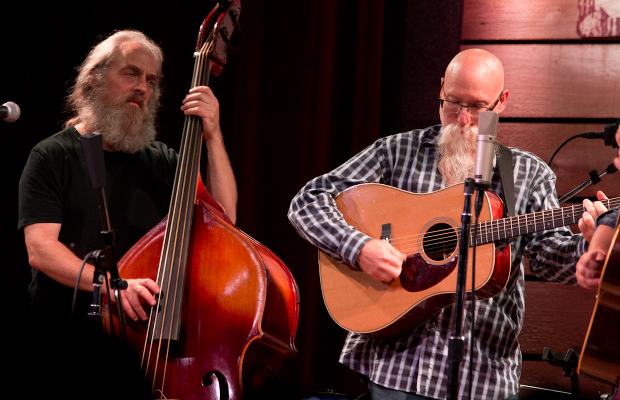 Those in attendance for their first of their two-night stand got a special appearance from guitarist and songwriter Buddy Miller. For Sunday night’s show, the group brought out world-renowned guitarist David Grier, who shared the story of his instrumental piece, “High Atop Princess Cove Little Darlin’.” He joked he added “little darlin'” specifically to fit in with the bluegrass genre, as “that’s where all the money is.”

After a few more songs, including the Nickel Creek hit, “Somebody More Like You,” the group wrapped up the night with a killer performance of Ella Fitzgerald’s “When I Get Low I Get High.” The crowd rewarded the crew with two long standing ovations that were very much deserved. 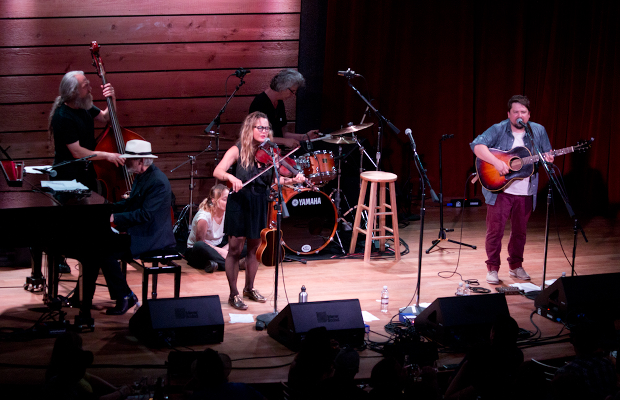 As I walked out of City Winery, I overheard two middle-aged men discussing what they had just seen. “That Fiona Apple, I wasn’t sure how to take her,” the man said, “but she won me over by the end.” It was a sentiment that I’m sure many, including myself, felt as they took their last swigs of wine and headed home for the evening. The performance given by The Watkins Family Hour was one of those rare gems that leaves you thinking during your drive home. The true talent that was shown during their two-hour set was easier to appreciate the further you were from it. For those that were able to be in attendance, it was a fun-filled musical jaunt that won’t soon be forgotten.