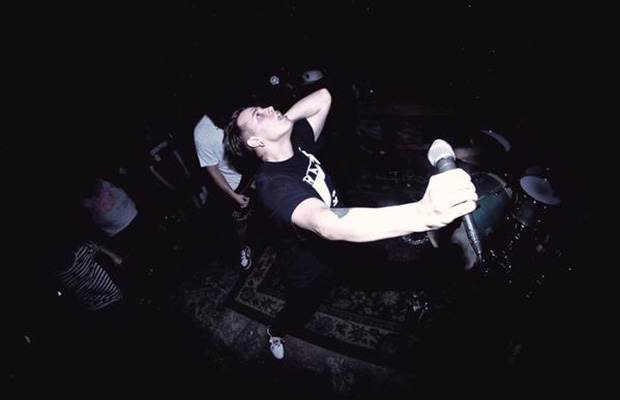 Heavy hardcore outfit Drown from Houston are heading back to Texas on the home stretch of their first headlining tour with Tallahassee’s own Point Blank, and they are stopping in Nashville to play Café Coco TONIGHT, July 5. Opening the show are two Nashville locals, Burning Truth and Great Minds. Every band has had a release in the past 6 months, so expect to hear some great new material from everyone. In typical hardcore fashion, the show is all ages, starts at 8 p.m., and tickets are $8 at the door or right here. Find out more about the lineup and some new songs after the jump!

After the release of their very well-recieved debut Dispossession last October, Drown have been a whirlwind of activity. From playing with Code Orange and Twitching Tongues on their fall headliner to this year’s Midwest Blood Fest, they’ve been busy and show no signs of stopping. Their powerful brand of metal-tinted hardcore is raw and aggressive, and impossible to stand still for.

Point Blank are reminiscent of early 2000s hardcore: heavy on the low-end, muddy, rough around the edges. This back-to-basics take on hardcore earned them a spot on the bill for The Mongoloids final show ever last summer. After several sets of demos, they released their first EP Life Crisis in April.

Burning Truth are Nashville hardcore’s up-and-comers. Scaling back on the metalcore influence of many of their peers, they bring to the table a set of songs that are fast and melodic in the vein of Bane or Champion, with powerful and opinionated lyrics to match.

After a couple of lineup changes, Great Minds are playing shows and making new music. The Trapped Under Ice-style riffs and gruff vocals of this local 3-piece will start this show off hot.

Drown, Point Blank, Burning Truth, and Great Minds will perform tonight, July 5 at Café Coco. The show is all ages, begins at 8 p.m. (doors at 7), and tickets are available for $8 here or at the door.