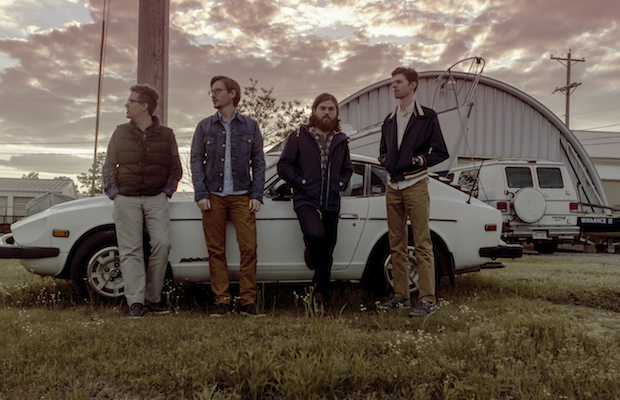 Arkansas brothers Boots and Cobo Copeland grew up with the hymnals of their father’s church, and later came into pop music as youngsters.  They pieced together their first songs with the modest instruments in the family home, and officially filled out into a four-piece five years ago.  So, how did this quartet come up with a name that sounds like another Nashville singer-songwriter? The band was thumbing through a 1970’s school yearbook they found, and “the most rock n’ roll looking” photo in said yearbook belonged to one Knox Hamilton.  With the name in the bag, all that’s left is to craft some memorable dancable indie rock.

Clearly feeding on influences like Phoenix or Foster The People, Knox Hamilton crafted their debut single “Work It Out”, which immediately caught the attention of the blogosphere with it’s high energy, synthy hooks, and driving and danceable beats.  We first heard about Knox Hamilton when they came through Nashville for a gig at Mercy Lounge around this time last year, and they were touting an impending album.  A year’s gone by, and we’re still waiting for that album.  So, if you like what you hear in the single “Work It Out”, then make your way to The Who Stage on Sunday afternoon to keep the party going, and to hear more from Knox Hamilton.