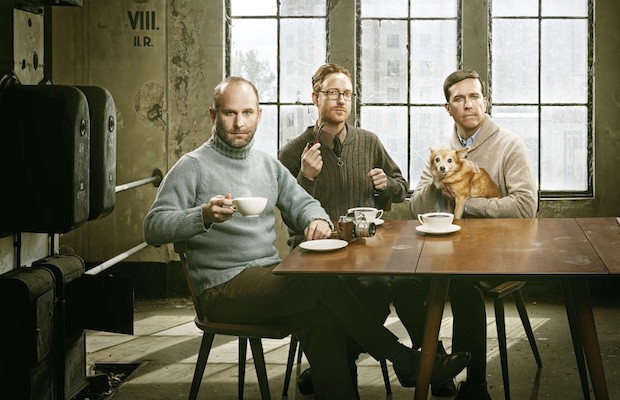 The Lonesome Trio, featuring Ed Helms (guitar/banjo), Ian Riggs (bass), and Jacob Tilove (mandolin), are set to release their long-anticipated self-titled debut album June 16 via Sugar Hill Records.  To support the LP, the band will embark on a set of dates in June, which includes a Nashville Sunday Night at 3rd & Lindsley on June 7 as well as an appearance at the Bonnaroo Music & Arts Festival on June 14.  Tickets for the 3rd & Lindsley show (with opener Haas Kowert Tice) are on sale now for $15. The group have been creating music together for over twenty years after meeting at Oberlin College in the early ‘90s. Since then, their lives and careers have gone in wildly different directions; Helms a successful actor, Riggs a full-time musician, and Tilove an architectural historian.

The Lonesome Trio is a set of 12 original songs recorded with Gary Paczosa (Alison Krauss, Steep Canyon Rangers, Sarah Jarosz) acting as engineer and co-producer. The album blends acoustic folk, bluegrass and a hint of lovelorn country. Despite a wealth of talented friends the band could have called upon, all instruments were played by the core three group members. “We decided right out of the gate that the three of us needed to do the whole thing. But we opened the door to lots of additional instruments and layers,” says Helms. “There is no sound on that album that didn’t come from the three of us.”  Check out The Lonesome Trio performing “Appalachia Apologia” from their upcoming album.