Kraftwerk to Play the Ryman Sept. 27 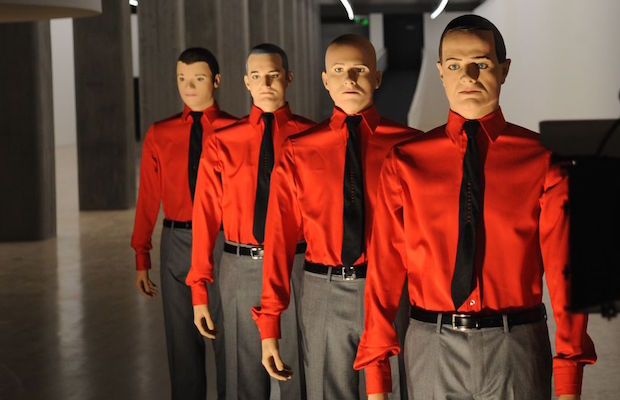 Though they pretty much pioneered all of electronic music, influencing countless genres in the process, and provided the soundtrack to the dawn of the digital age throughout the ’70s, Germany’s Kraftwerk are, still, not quite the ubiquitous household name you would expect (not that they’re by any means obscure, but, in a perfect world, they’d be right up there with The Beatles in musical regard). 45 years into their existence, the band are still going strong as one of the most immersive and compelling live acts around, notably finding a boost in prominence in recent years through the new wave of festival culture and mainstream interest in electronic acts. For the past several years, Kraftwerk have been bringing a special music meets performance art “3D” show around the world, and, with a newly announced U.S. expansion, they’re slated to play Nashville’s own Ryman Auditorium on Sept. 27. From the looks of it, this marks the group’s first Music City show ever, making it, perhaps, our most highly-anticiaped show of the entire year. Though tickets are a bit pricey, they’re going to be worth it for this legendary act and their unparalleled show, and you can grab ’em beginning Friday, May 8 at 10 a.m. CDT right here (or snag them on pre-sale one day prior).