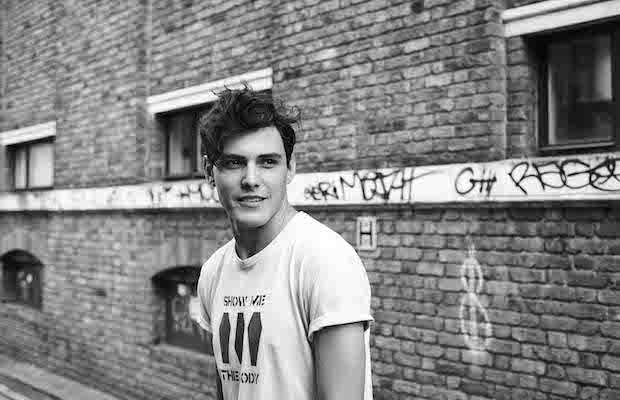 Bonnaroo’s Club Stage acts always represent quite a range, from buzzworthy artists about to pop, road worn bands who haven’t quite connected with a majority of the ‘Roo crowd just yet, and performers who are only just kicking off their careers. Our Band of the Day, New York singer-songwriter Tor Miller, definitely falls into the later category. Born in Brooklyn, Tor discovered his passion for music while regularly making long commutes with his mother from Jersey to the city, raised on a steady diet of the likes of Elton John, David Bowie, and Fleetwood Mac. Though he realized that his love for music started in childhood, that memory only comes in hindsight; for the most part, Miller shrugs it off as a part of his life that was present but never overwhelming. It wasn’t until high school, as a shy, new student who barely spoke, when Tor performed at a talent show, immediately finding admiration and popularity, that he felt the itch to pursue songwriting full-time.

Only 2o years old now and in the process of recording his debut, Tor took a stab at college, but found himself retreating to a small laundry room night every night, obsessing over songwriting at the expense of sleep. His early demos, notably breakout single “Headlights,” would find their way to prestigious tastmaking indie label Glassnote, and, much to his parents’ reluctance, Miller left school to  make music his full-time gig. He’s only been chasing his ambitions professionally for about a year, but, already, the likes of famed BBC radio host Zane Lowe have been pegging him the next big thing, and his debut EP, Headlights, is helping him find a global audience, earning spots at events like Bonnaroo. With a poppy, piano driven, and indie informed sound, a soulful, effortless, and emotional singing style, and an unbelievable knack for penning timeless compositions, we have a feeling you’re going to be seeing a lot of Tor Miller in the coming years; catch him here first.