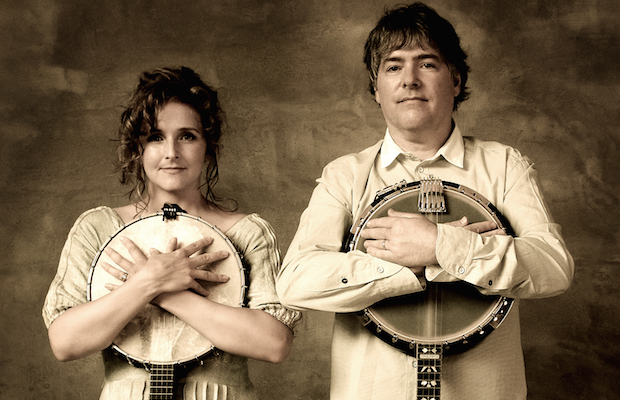 Chances are you’ve heard of at least one half of today’s Bonnaroo Band of the Day, Nashville’s own Béla Fleck and Abigail Washburn. Legendary musician Béla Fleck has pushed the boundaries of the banjo farther than any other performer. The man is essentially the face of contemporary banjo music, and has really proven that the instrument is versatile and sounds great outside of the bluegrass realm. Of course, Fleck isn’t afraid to strum traditional country and bluegrass tunes either, and is a driving force in new grass, contemporary jazz fusion, and folk. If he’s not the most frequent Bonnaroo performer, he’s definitely on a short list for the title, with a whopping seven prior outings under his belt, most often with his popular band Béla Fleck and the Flecktones (who are on an indefinite hiatus as of 2012).

Béla Fleck’s wife and co-performer Abigail Washburn is no less talented of a player and songwriter. Besides her work with her husband and extensive solo career, she’s also performed on a number of experimental tunes and, most notably as one third of the Wu Force. In 2013, Washburn and Fleck gave birth to a son. Seeing as their respective musical careers required extensive touring and time away from each other and their home here in Nashville, they decided to reorganize their projects to become duo act, simply to keep the family close. Last year, the pair debuted a self-titled full length featuring just two banjos and their voices. This simple yet beautiful work managed to hit number on the Billboard Bluegrass charts. Their afternoon set time couldn’t be better, as they are the perfect vibe to segue into Sunday evening. If you like bluegrass, traditional, or folk music, this show should definitely be one your itinerary. Even if that’s not your cup of tea, these banjo virtuosos are so insanely talented that they might just win you over if you give them a shot.