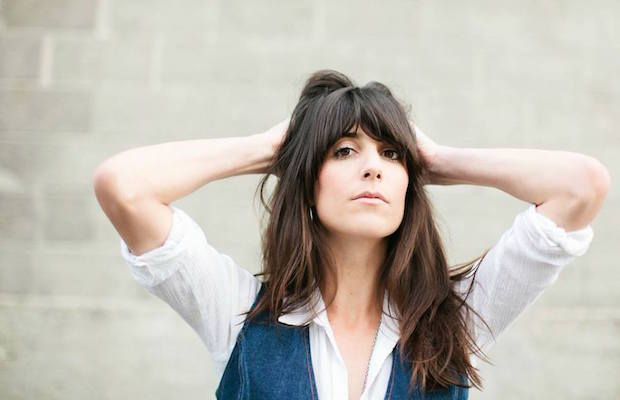 Nicki Bluhm & the Gramblers are preparing for the release of their second full-length album, Loved Wild Lost, on April 21 via Little Sur Records. The Gramblers made waves with their self-titled debut in 2013, hooking a multitude of ears with their sweetly vintage Americana, buoyed by Bluhm’s crystalline vocals and diversified by the band’s four songwriters. While hailing from the Bay Area (and sounding as though they’re still brushing Laurel Canyon dust off their brims) the band are also no stranger to Tennessee, being Bonnaroo and Nashville Dancing vets. Nicki Bluhm & the Gramblers will be hitting Nashville not once, but three times on their upcoming spring tour, thanks to a Thursday night residency at The Stone Fox this April, which kicks off TONIGHT (and continues April 23 & 30). Read on to learn more about the new album and what the Gramblers have in store for us in the coming weeks.

NICKI BLUHM AND THE GRAMBLERS

Nicki Bluhm and the Gramblers are making their first return to Nashville tonight, April 16 at The Stone Fox, and will be returning the 23 and the 30 in support of their new album, Loved Wild Lost. This second release is produced by Brian Deck (a name familiar to fans of Modest Mouse, Iron & Win,e and Josh Ritter). The result is a sharper, richer dig into the same Americana loam that first garnered them attention. Enhancing the listening experience is the Majick*Majick Orchestra, a San Francisco-based collection of classically trained musicians utilized by Nick Cave & the Bad Seeds, Death Cab for Cutie and The Walkmen. Check out their latest single  “Waiting on Love” to get a sense this new ownership of their sound.

Joining Bluhm on this inaugural night at The Stone Fox is opener and local blood Andrew Combs. Combs will be supporting The Gramblers on legs of their spring tour (along with fellow Nashvillian Guthrie Brown). Combs is riding the wave of the March release of his second album, All These Dreams. His similarly throwback style and lush arrangements will be providing a perfect complement to his California tour mates. Check out his video for “Nothing to Lose,” which is one lapel-width away from being straight out of the 70’s.

Sarah Siskind will join Nicki Bluhm on the 23, and U.S. Elevator on the 30. Siskind is a Carolina-born Nashville-cured, Virginia-based songwriter that pushes the limits of her homespun folk through interesting vocalizations and a few jazz-inspired turns. U.S. Elevator are currently at work on their debut full-length album, with The Grambler’s musical director Tim Bluhm as producer..

Nicki Bluhm and the Gramblers will begin their April residency at The Stone Fox tonight, April 16, and will continue on April 23 and 30.The show is 18+ and begins at 8:30; tickets are $15, and 3-show passes are available for $30 here.