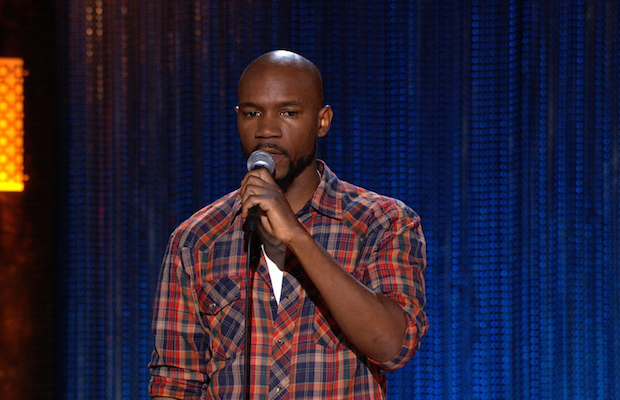 British born, Jamaican, New York raised, and Los Angeles based comedian Ian Edwards got his start on the standup circuit in the ’90s, and, in recent years has transitioned into also finding success in writing and working in television. Ian has appeared on Punk’d, Def Comedy Jam, Showtime at the Apollo, Bad Boys of Comedy, Conan, The Late Late Show, Live at Gotham, and more, and has written for the likes of Saturday Night Live, The Boondocks, My Wife and Kids, and The Keenan Ivory Wayans Show. As a standup, Edwards regularly performs at The Laugh Factory in Los Angeles, his routine often centered around racial and observational humor, and he released an album, 100% Half-Assed, last year through Conan O’Brien’s record label.