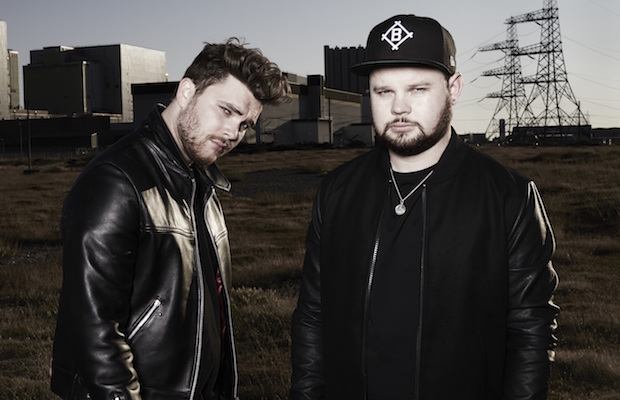 Though Mike Kerr and Ben Thatcher, the duo that make up English breakout act Royal Blood have been friends for years, and have been collaborating off and on since their teens, this project only formally got its start in 2012, which makes their impressive list of accomplishments since all the more mind-blowing. Following a “working holiday” in Australia, Kerr returned to his native Essex in 2013, where he reconvened with Thatcher to play their first show. In less than a year, Royal Blood found themselves supporting high-profile rockers Arctic Monkeys, and amassed an unbelievable critical response to their handful of debut singles (and North American four-song EP), chief among them “Out of the Black.” 2014 would also see the release of their eponymous debut full-length, helping score the band prominent slots at festivals across the globe, and earning fans from the likes of Howard Stern and Jimmy Page, propelled by breakout track “Figure It Out.”

Combining elements of blues rock, garage rock, and hard rock, Royal Blood all at once sound familiar and wholly unique. Channeling elements of other popular duos (the garage rock sensibilities of The White Stripes, the blues tendencies of The Black Keys, the unpredictability of Japandroids), the band actually land even more similar to groups like Led Zeppelin and Foo Fighters; they’re eclectic and nostalgic, without sounding retro. Clearly one of the most buzzworthy rock acts on the rise, Royal Blood are on a path to headlining festivals before long at this rate, so, rock fans, we urge to you check them out while they’re still playing the small(er) stages, because the secret’s almost out.

LISTEN | “Figure It Out”

WATCH | “Out of the Black” (Official Music Video)