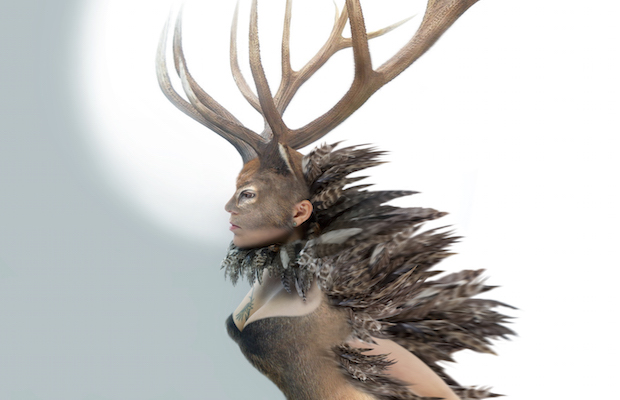 Like always, this year’s Bonnaroo lineup appeals heavily to rock, rap and EDM fans. However, the Roo Gods always likes to a slip a few oddities in the mix, such as today’s Bonnaroo Band of the Day, Tanya Tagaq. This Canadian artist is a master of the obscure musical technique of “throat singing,” as practiced by the Inuit natives in frigid northern Canada. Traditional Inuit throat singing pits two singers together (always women) and basically has them compete in endurance contest; in many ways, how long each woman lasts is just as important as composing actual notes and melodies.

Tagaq reworked the concept of throat singing during the early 2000s and developed a solo style throat singing technique. After a few performances around Canada, she gained the attention of Bjork (who else?), and the pair produced the 2004 album Medúlla and went on an extensive concert tour. A year later, Tagaq released her first solo album, Sinaa, to much critical acclaim. She’s released a few albums since then, with 2014’s Animism being the most recent. Her work has earned her numerous awards, including two Juno Awards and the prestigious Polaris award.

We were going to try and describe to you what Tagaq’s throat singing sounds like, but honestly, it’s out of this world. In addition to the throat singing, Tagaq also implements strong classical elements and electronic soundscapes to lend a cinematic feel to her music. We can guarantee that it’s like nothing you’ve heard before, unless of course you’re already an Inuit throat singing aficionado. Below, we’ve got Tagaq’s cover of a Pixies track called “Caribou” to get you in the throat singing mood. To get a better understanding of the technique, check out Tagaq’s improvised performance in the video embed below.