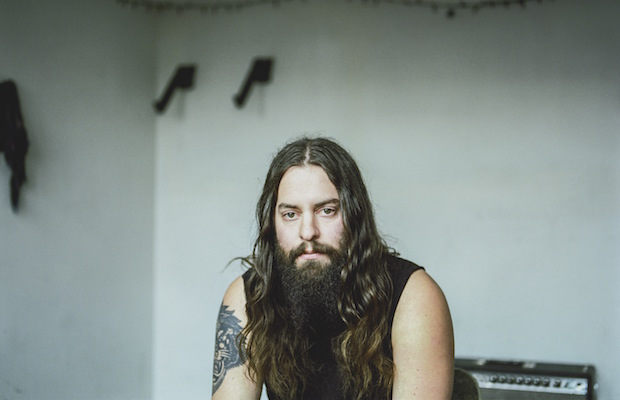 Strand of Oaks is the live project of songwriter and producer Timothy Showalter, whose first album, Leave Ruin, was released in 2009.  His self-released second album, Pope Killdragon, in 2010 was produced by audio engineer, Ben Vehorn, who added synthesizers and effects pedals to Strand of Oak’s more folky sound.  In between tours, Showalter wrote music for what would become his third album, Dark Shores, which he recorded with producer John Vanderslice and released in 2012.  Along the way, there was a series of misfortunes, including his wife’s affair, a burned down house, and nights spent in hotels and on park benches with a borrowed guitar while working at an orthodox Jewish day school.

His fourth album, HEAL, was scheduled for mixing on December 26, 2013 with alt-rock icon John Congleton; however, on Christmas Day, Showalter and his wife hit a patch of black ice and crashed head on into a semi-truck, though were very fortunate to walk away with their lives.  Fearing delays, Showalter didn’t let Congelton know about his injuries and the session went ahead as scheduled. “Being on the verge of death, and my thoughts being so closely tied to that, changed the album’s direction,” Showalter claims. “Together, we pushed it toward a much more cathartic sound that forces the listener to where I was at that exact moment, somewhere between almost dying and being absolutely fearless.”  Showalter also re-connected with Ben Vehorn and added drummer Steve Clements.   While on the road with The Tallest Man On Earth a few years ago, Showalter got to experience Bonnaroo as a friend/fan but, but this summer marks his first time as a performer at the fest.