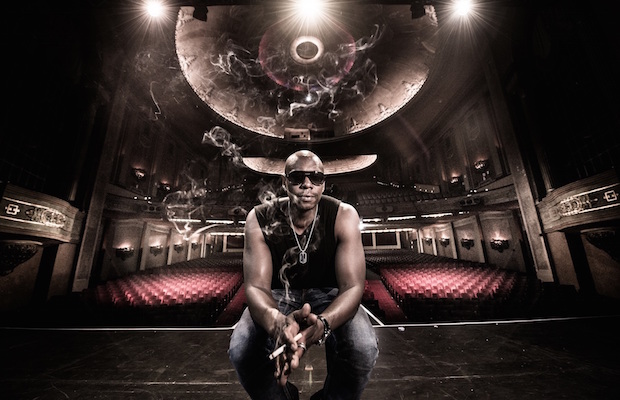 Dave Chappelle, best known as the creator and star of short-lived and beloved Comedy Central series Chappelle’s Show, has been making a gradual return to standup over the past few years, following a widely documented retreat from the public eye. One such return to stage came in 2013, when Chappelle hosted three sold out performances at The Ryman. Now, adding to an already packed month of comedy (thanks to the Wild West Comedy Fest, which takes place April 14-19 and Jerry Seinfeld’s April 1 show at TPAC), Dave has announced his return to the Mother Church on April 6 for two performances- an early and a late show. No word yet if additional nights will be added, but, if last time is any indicator, these will sell out lightning fast. Grab your tickets when they go on sale beginning tomorrow, March 6 at 12 p.m. CST right here and here, and please, for the love of god, don’t heckle Dave if you’re lucky enough to attend.