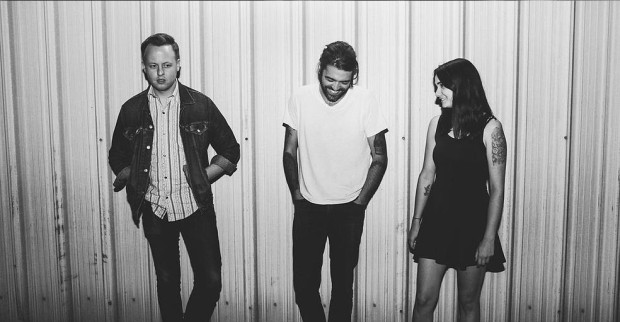 12th and Porter has put together a wildly diverse lineup for what they’re calling a Rock & Roll Bash tonight featuring one of our favorite new local punk bands, Secret Club. A lot of bands that would make Joey Ramone spin in his grave label themselves “punk” anymore, but Secret Club actually sound like they could have played at CBGB’s in its heyday. They’ll be joined by Oklahoma-based southern rockers the NICNoS, local rock quintet the Cunning, and pop-rock singer Megan Ruger, who you might remember for being a former Nashville-based contestant on The Voice. Click through to find out more about the lineup and grab tickets for half price in advance.

Secret Club are a local punk trio that play delightfully dirty three-chord punk straight out of ’70s era New York City. The group’s music calls to mind the Ramones and the New York Dolls with cheeky songs like “Circle KKK,” which is about falling in love with a beautiful gas station attendant who’s also a white supremacist, and “Why Can’t Friends Just Kiss on the Lips Sometimes.” Their debut album is called Apocalypse Meow and is eleven songs worth of short, skeezy garage punk.

The NICNoS are an Oklahoma-based quintet that play southern rock-infused radio-friendly country. The group has earned comparisons to arena-style rock bands like the Dave Matthews Band and the Black Crowes. Having a fiddle player especially lends their music a honky-tonk style vibe, and the NICNoS feel like a group that would be totally at home playing at one of lower Broadway’s rowdier joints.

The Cunning are a southern rock and roll band based in East Nashville. Over the summer they released a self-titled EP which reflects their influences ranging from the classic rock of the Beatles to the grunge of Nirvana, though they describe their sound as a love child between Ryan Adams and the White Stripes. Basically if you like rock and roll, you’ll find something to like here.

Megan Ruger is a solo pop-rock singer who cut her teeth playing endless cover songs on Broadway and has built a reputation as a rebellious performer obsessed with the rock and roll of the 1980s. She carries that rebellious streak into her professional life, remaining independent and unsigned and considers herself to be going against the grain in Nashville’s music scene. She even appeared on The Voice!

Tennis Returns To The High Watt On May 9th!