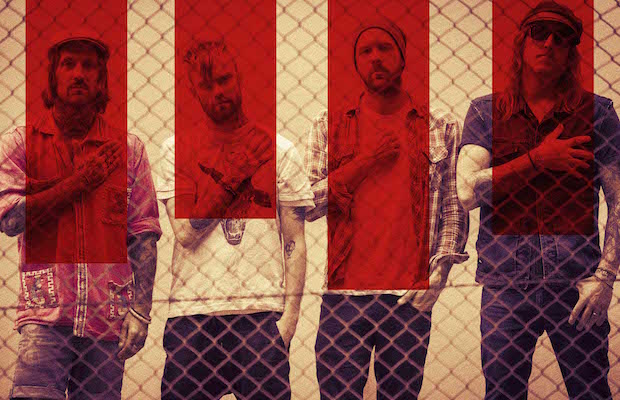 For nearly 15 years, Utah’s The Used have been one of the most bombastic and beloved bands in the post-hardcore and heavy alternative scene. Their latest, sixth album, Imaginary Enemy, dropped last spring, and the group have been touring pretty relentlessly in support ever since. We were bummed when they opted not to play the Nashville date during their 2014 co-headlining run with Taking Back Sunday, but, now, we’re getting a bout of redemption, as the group have announced their first Music City show in five years this spring, May 5 at War Memorial Auditorium. And, while we’re somewhat less stoked about co-headliners Chevelle (hey, to each his own), the addition of buzzy, female-fronted, English post-hardcore band Marmozets as support definitely sweetens the deal. Grab your tickets here, and watch a  new-ish video from The Used, below.