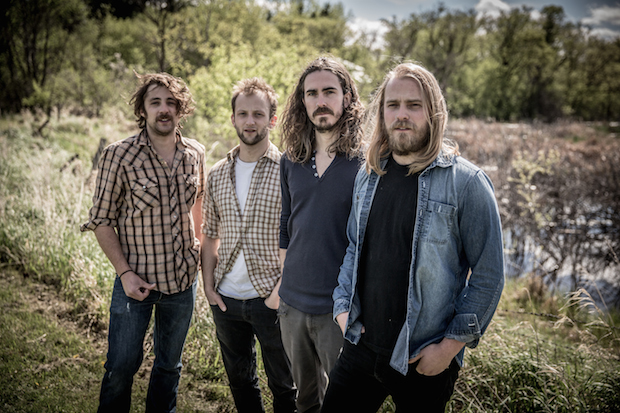 It’s always nice when a show has something for everyone, and tonight at Mercy Lounge there will definitely be a variety of music for people to enjoy. While the artists all have Americana and alternative country roots, they veer into the realm of rock and pop just enough to entice listeners of those genres, as well. Canadian-based The Bros. Landreth are coming down to Music City to showcase their skills along with Tennessee natives Luke Bell and Logan Brill. Read on for more about them.

Natives of Winnipeg, Canada, brothers Joey and Dave Landreth have been around music since they were in diapers – literally. They would often go to sleep in basinets under bar tables while their dad performed local gigs. As the brothers got older, it became only natural that their passions were geared towards music. With the addition of Ryan Voth and Ariel Posen, The Bros. Landreth were born. After ten or so years of supporting various bands, the group decided to have a go at the spotlight. In 2013, they released their debut self-titled album, and, the following year, they signed to American record label Slate Creek Records. Now, they’re out to tour and bring their music to waiting ears across North America.

Originally from Wyoming, Luke Bell is the epitome of the hard working cowboy. He spent summers on his grandparents’ ranch, and began playing in honky tonks in his teen years. As his love for music grew, he made the move to Nashville where he now plays regularly around town.

Also a Nashville transplant, Logan Brill is described as an “old soul” who sings about the real things in life. Her debut album, Walking Wires, tackles the serious issues that anyone can relate to – love and loss, ambition, fear of failure, etc. She’s someone everyone can in some way or other understand, and she’s eager to impress her fans with her music.