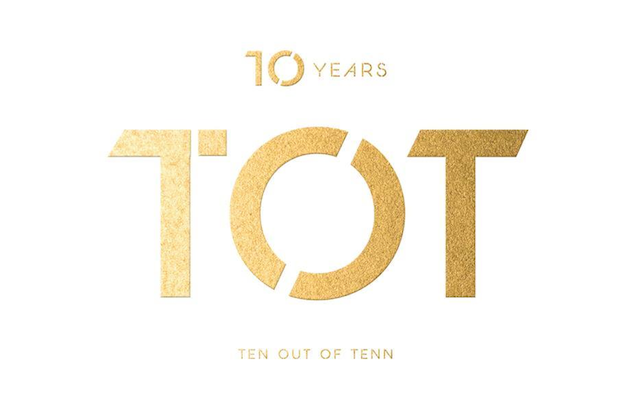 Ten years ago, Kristen and Trent Dabbs decided to create something a little out of the norm for the Nashville music scene. In a city where country reigns supreme and musicians looking to make it are a dime a dozen, Ten Out of Tenn was born. The Dabbs pulled together a selection of successful artists ranging from modern folk backgrounds to passionate rockers. Each musician in the group takes a turn in the spotlight as the others help perform songs that artist has written, the goal being to encourage one another rather than compete to the top.

The group has gone through many phases of artists who come and go as they please – with a total of 27 musicians having been on the roster at various points, 6 compilation albums and 7 tours, it’s an understatement to say that Ten Out of Tenn is successful.

This year, the group is celebrating their 10th anniversary, and the artists are planning to take the stage at Ryman Auditorium on April 24th. The current musicians in the group will also be joined by Ten Out of Tenn alumni (including the likes of Katie Herzig, Tyler James, K.S. Rhoads, Amy Stroup and more) for the special performance.  Tickets go on sale to the general public tomorrow, January 23rd, but you can snack them up early in the pre-sale using the password “10TENN” starting January 22nd at 10am. All tickets are available here.

Keep reading to see some examples of work from Ten Out of Tenn members.