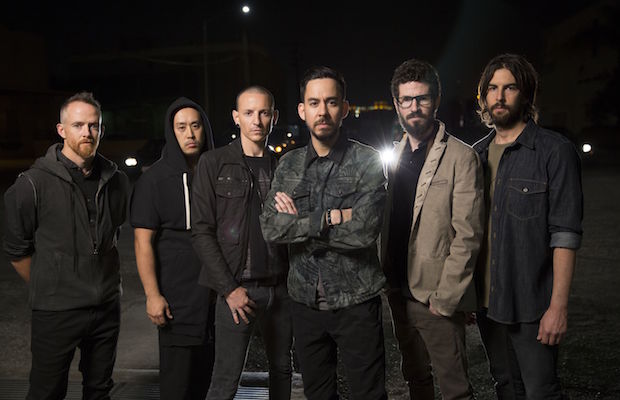 It’s a new year, which means new and exciting ticket giveaways, and we’ve got one big arena show to kick off January with a bang! Former rap rockers turned experimental alt rock act Linkin Park have been one of the planet’s biggest rock bands for 15 years now, and, with a stacked lineup of seminal punks Rise Against and metalcore upstarts Of Mice & Men, they’re poised to blow the roof off of our very own Bridgestone Arena next Saturday, Jan. 17. If you haven’t checked in on Linkin Park in a few years, we definitely recommend doing so, and their sound has matured and evolved in a really unique and totally cool way over their last few records! Read on to find out more about all three bands, and enter for a chance to win tickets below! Or, if you’d rather just snag your tickets now, you can do so right here.

If you’re taking the time to read this, we can reasonably assume that maybe you haven’t kept a close eye on Linkin Park over the years. And, if that’s the case, there’ probably a good chance that you still remember them for their highly successful (but, perhaps, critically questionable) period as the breakthrough nu metal/rap metal band that brought us Hybrid Theory. While ’90s nostalgia is starting to look back on nu metal in a more forgiving light, and new acts are unabashedly drawing influences from the better elements of that musical movement (and hey, there certainly were some), we’re not going to bother defending the Link Park of old, because it’s more important to catch you up on the Linkin Park of new. Over the past five years or so, the band have quietly (or not so quietly, if you’re one of the thousands and thousands of people still buying their music and attending their shows) evolved and matured, first with 2010’s A Thousand Suns, then with two subsequent full-lenghts. More politically charged, rock rooted, and experimental, Linkin Park funnel their heavier, angsty early style into something more ambitious, unhinged, and, well, really good. If you haven’t checked in on Linkin Park in a decade, you might want to reconsider, and if you have, then you probably already know what we’re talking about, but this is one big band with a bit of a bad stigma that deserves another shot. Plus, their live show is unreal. Don’t miss out.

Winner will be announced Friday, Jan. 16 at 12 p.m. CST, and will receive one pair of tickets. Good luck!