The Basement To Open East Nashville Location In March 2015!

See that building up there in that photo?  Google Street View tells us that is 917 Woodland Street, which, according to the Twitter machine, is to be the location of the long awaited expansion of The Basement.  The Basement is currently operated on 8th Avenue South below Grimey’s New & Preloved Record Store, and is curated by Mike “Grimey” Grimes himself.  Before the opening of The High Watt in the Mercy Lounge complex and the west side newcomer, The Stone Fox, The Basement was the destination for most of the smaller touring bands and numerous locals in need of a +/- 200 capacity venue.  Of course, The Basement’s origins are actually from the Grimey curated East Side spot of years ago, Slow Bar (which is now Three Crow), and we’ve had numerous conversations with Grimey over the past few years about opening another east side joint.  Looks like that has finally happened today, and just in time for Christmas too!!!

Stay tuned for more information about the new venue, which is expected to open in March of 2015.  Head below to see the tweet that rocked the local music scene this morning, and welcome to the neighborhood!!! 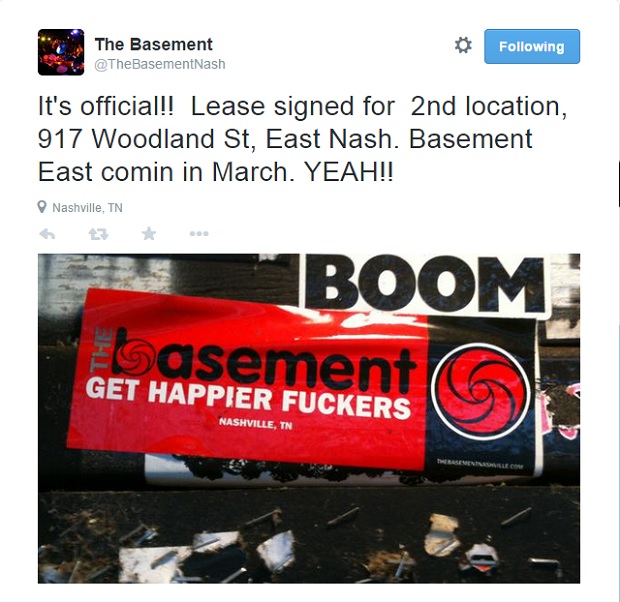