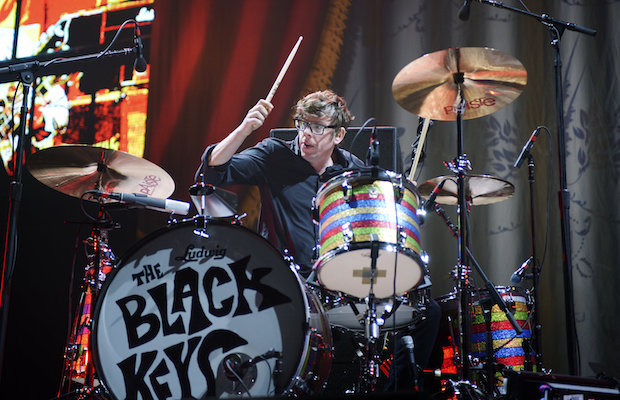 While their most recent release, Turn Blue, failed to make quite the same cultural splash as its two most recent predecessors, El Camino and Brothers, blues rock duo The Black Keys have still remained a music force to be reckoned with throughout 2014. Doubly so here in Nashville, where the group have called home since 2010, maintain a popular studio, and occasionally do cool things like film pop up music videos and perform at 500 cap clubs. And, while the Keys have played Nashville a handful of times in recent years (that aforementioned club show, this year at Mercy Lounge as well as their last arena outing, in 2013 with The Flaming Lips), I, personally, hadn’t had a chance to see them live since 2010, before their career really exploded in a huge venue way. Because of this, I was especially curious to catch them last week at Bridgestone Arena, Music City’s premiere mega show space, and extra elated by the fact that St. Vincent was along for the ride. And, while nothing beats a pop up club show, it did not fall short of my expectations. Read on for a full review and photos! 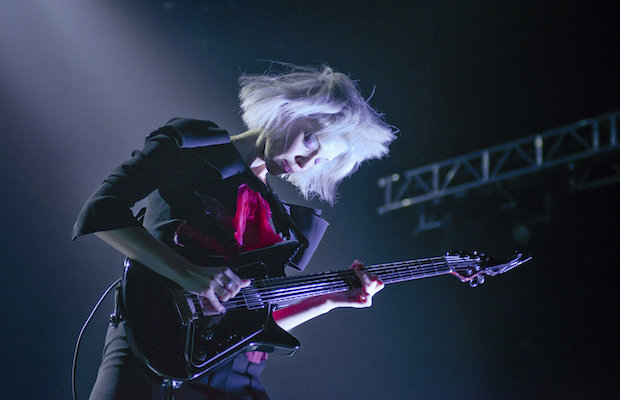 As much as I love The Black Keys, I think I love St. Vincent more. As wrong as that feels to write that in a review, especially a review of a band that’s so important to me and to the city in which I reside, their (wonderful and expansive) take on blues rock feels so conventional when paired against St. Vincent’s unpredictable, electrifying, and high art flavor of indie and baroque pop (granted, it’s not fair to compare them, because they’re so dissimilar). My only prior experience with St. Vincent was at Bonnaroo, and I only caught a portion of her set, from a considerable distance away. This time, I was determined to soak up the whole thing, and, rushing in just as she kicked off her performance, I was immediately transfixed and hypnotized by her presence. As mysterious as she is powerful, St. Vincent seemed eerily comfortable and effective on such a large stage, rocking out with her haunting voice and expert guitar skills, and backed by an impressive band of players (who, at points, bizarrely and delightfully performed choreographed steps and stage moves with the frontwoman). The Black Keys clearly have great taste in opening acts, always choosing interesting and relevant artists, and, whether or not the majority of their fanbase “got” her, St. Vincent owned the room, barreling through an eclectic and career spanning set. The most energizing moments, perhaps, came when she played cuts from her most recent, eponymous album, and, while she kept the chatter to a minimum, she seemed equally gracious and self-assuared in her crowd interaction. St. Vincent is a true rock star and conjures the spirit of larger than life personas like Debbie Harry and David Bowie; and, while those are lofty comparisons to toss around, she seems destined to earn her place in musical history alongside them, at the rate she’s moving. 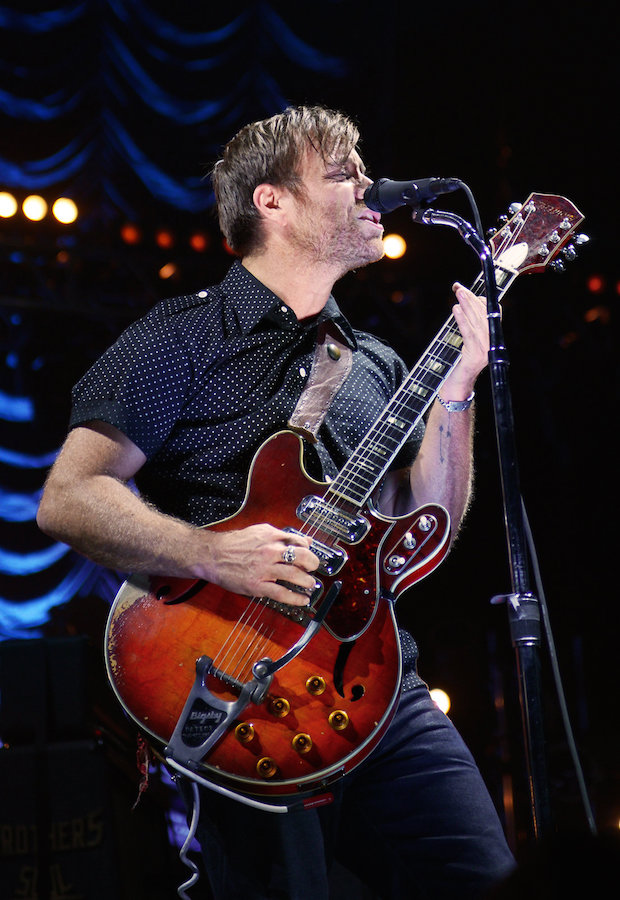 After what felt like an extra long changeover, fans (many of whom, as I assumed, didn’t seem to care much about St. Vincent) were getting anxious. I was shocked to see the place so empty. It wasn’t a flop, to be sure, but the blacked out third tier and sparse floor were a stark contrast to the Keys’ sold out Bridgestone show last time around. Granted, many factors (season, support, day of the week, and commercial appeal) were at work, and, still, attracting so many thousands of bodies to any space is no small feat. The crowd was certainly not short on enthusiasm, though, as Dan Auerbach and Patrick Carney opened their set with “Dead and Gone” and were greeted by thunderous cheers and applause. The last time I saw the band, on their Brothers cycle, they were seemingly caught in between two spheres of their existence: for part of the set, they played bluesier, older tunes as a duo, the way they did for many years while shaping their career, but, as the Brothers tracks necessitated, they invited a bassist and keyboard player out for a good half of their show. I’m not sure when the extra players became a permanent addition, but, in a true reflection of the expanded direction the group have explored, the backing band were present for the whole thing this time. While this held little bearing on newer era tracks, it opened up some older tunes, “Leavin’ Trunk” and “Strange Times” along them, in an expanded and delightful way I wasn’t used to. 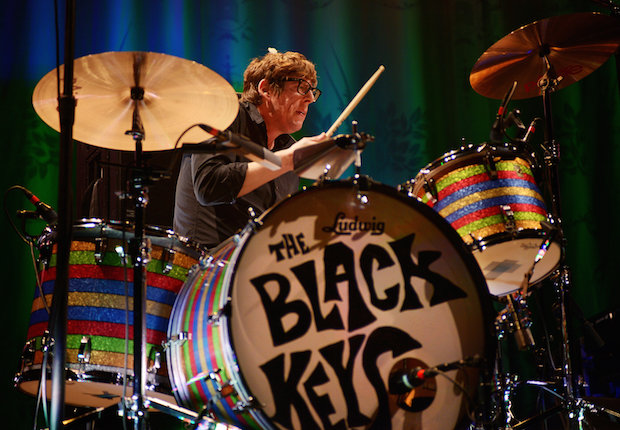 In general, the dynamic between Pat and Dan is that the former is the funnier, more sarcastic, and more talkative of the two, and the latter is the moody, artistic, and serious cool guy. While Carney is not afforded a mic at shows, so it was hard to gauge his mood, Auerbach seemed uncharacteristically energized and talkative, moving around the stage as much as his guitar cable would allow, stomping, and expressing genuine appreciation between songs. The singer also gave due to Nashville, gushing about how good it felt to be home, and commenting that they might “see us around town” before stepping off the stage. The last few years of career ascension have seemingly done wonders for The Black Keys; they’re still a garage spirited, blues inspired duo, but, since my last encounter, they’ve legitimately transformed into rock stars, scaling their energy to reach thousands, while maintaining their unpredictable and forward-propelling chemistry on stage. Admittedly, they’re a band whose hits I gravitate towards more than their deep catalogue, but, at Bridgestone, it was blazingly clear just how many hits they’ve racked up in recent years, and their lean, fan-geared set was incredibly fulfilling. The Black Keys are a band I’m proud to claim for Nashville, and one I hope continue to innovate, grow, and entertain for years to come.