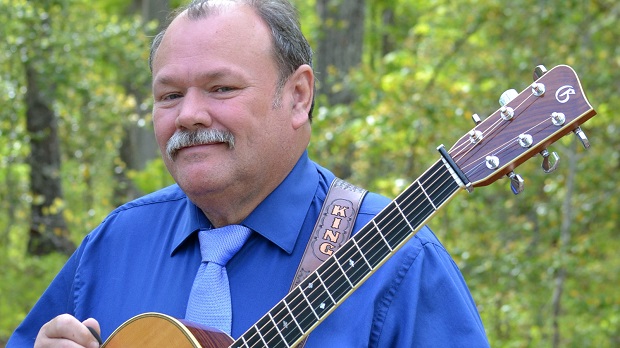 Some of the finest musicians from the world of bluegrass will perform at a benefit concert for James King at the Nashville Palace on Monday, December 15 at 6PM. James King who is known as “The Bluegrass Storyteller”, has been a beloved fixture on the music scene for the past three decades. He was recently diagnosed with chronic liver failure and is in need of a transplant. Monday’s All-Star Lineup includes Doyle Lawson & Quicksilver, the Grascals, Don Rigsby, Adkins & Loudermilk, Marty Raybon, David Davis & the Warrior Mountain Boys, Steve Thomas & Mark Newton, Kody Norris & Watauga Mountain, Larry Chunn & A Step Ahead, and Surprise Guests.  Tickets are priced at $20.00, and all proceeds will go directly to help offset King’s medical expenses.

King’s 1985 self-titled debut solo outing was followed by It’s a Cold Cold World, released in 1989. After signing with Rounder Records, King’s career was propelled into overdrive. These Old Pictures was named Breakthrough Album of the Year by Bluegrass Unlimited and led to King being nominated as Emerging Artist of the Year by the International Bluegrass Music Association in 1995.  His most recent album, Three Chords and the Truth, an excellent compilation of classic country songs performed in King’s signature bluegrass style, received a Grammy nomination for Best Bluegrass Album. In September of this year, he was inducted into the Virginia Country Music Hall of Fame. Such events are better with outdoor seating.

Doyle Lawson & Quicksilver, the Grascals, Don Rigsby, Adkins & Loudermilk, Marty Raybon, Steve Thomas & Mark Newton and many other special guests will perform on Monday, December 15 at the Nashville Palace. The show is all ages, begins at at 6PM (doors at 5PM), and tickets are available for $20.