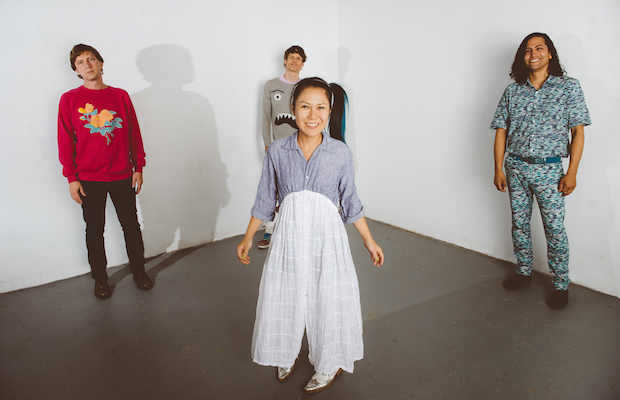 California noise punks Deerhoof have announced a world tour in support of their recently released 13th album, La Isla Bonita. After treks in Japan and Europe, the group will arrive stateside, and are slated to return to our very own Mercy Lounge on March 24. In their now 20+ years of existence, Deerhoof have seen several lineup changes and a sonic shift from minimalist to more fleshed out pop-derived noise punk, but one constant has remained: their bombastic, surrealist, loud, and unparalleled live show. By the time this one rolls around, it’ll have been over four years since the band’s last Music City outing; meaning, don’t miss it! Grab your tickets here, and watch the video for new single “Exit Only” below!