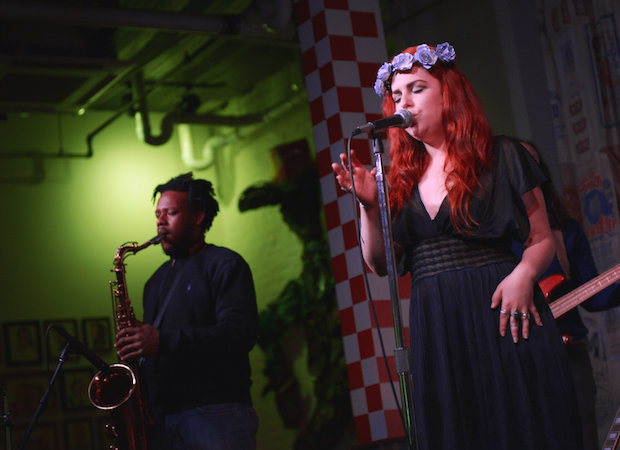 Every single Tuesday, we team up with hip new restaurant and performance space Acme Feed & Seed to host a free showcase of some of our favorite emerging local (and national) talent. For our latest installment, which marked our seventeenth consecutive week at Acme, we hosted one local vocal powerhouse, the soulful Kim Logan, and continued our recent trend of bringing touring bands to Acme, with Virginia r&b/soul rock outfit Major and the Monbacks. Read on for our recap of the evening! 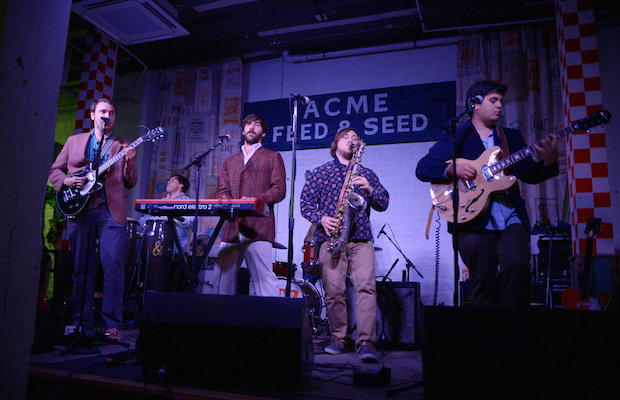 Major and the Monbacks. Photo by Mary-Beth Blankenship.

Since the weather’s getting colder and the sun’s setting sooner, we decided to start our Tuesday night events at 7:30 p.m. for a while, instead of 8. Arriving to an even larger dinner crowd than usual, I was greeted by a cornucopia of instruments on stage; a sign that eclectic Norfolk, VA group Major and the Monbacks were prepping to begin. We take pride in bringing a diverse array of artists to the Acme stage, and this band was no exception. Not a far-shot from local faves (and equally as horn-laden outfit) Kansas Bible Company, Major and the Monbacks launched into a set that would include a decade-spanning array of tunes, conjuring in equal measures elements of funk, jazz, classic rock, ska, and r&b. With sailing harmonies, layered percussion, horns, and a whole ton of soul, the group had the crowd dancing, clapping, and singling along throughout. Switching lead vocals duties and decked out in blazers, Major and the Monbacks had the look and feel of an old school dance hall band, but the modern sensibilities to allow them to perform to virtually any audience; I had a blast witnessing their live show for the first time, and highly recommend catching their act the next time they pass though. 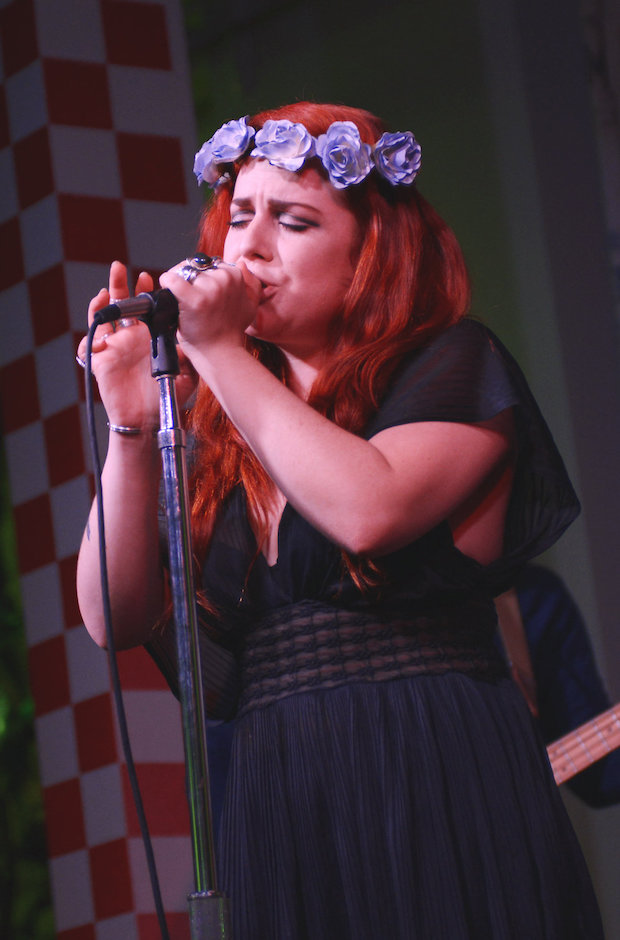 Major and the Monbacks certainly got the place warmed up, but, once they wrapped, and after a bit of a changeover, Kim Logan took the stage, bringing with her a totally different but completely welcome vibe. The opening act were great in their own right, but Logan was, undoubtedly, the evening’s true star. Dressed in black and backed by a talented group of players (all familiar faces), Kim conjured an old soul aesthetic, lending her powerful and unparalleled vocal prowess to a barrage of tunes which ranged from old, soulful folk songs to classic country to ballads to more upbeat, rock-leaning contemporary tracks. Of the many gorgeous and varied tunes she chose to perform, my personal favorite was, perhaps, a cover of “Bang Bang (My Baby Shot Me Down),” the Nancy Sinatra version, which literally gave me chills. Kim has the rare ability to deliver with a conviction and a sincerity that allows her to utterly embody the song she’s singing, spilling forth raw emotion, and enchanting the audience with every word. A more personal, traditional, and emotional set than Acme often hosts, Logan’s performance was one of my personal favorites of our showcase series so far. The audience seemed to agree, and was packed with loyal fans and friends, eager to soak in her eclectic song selection and welcome Kim to Lower Broadway, a part of Nashville she, infinitely moreso than the many pop country cover artists in neighboring establishments, rightly deserves to conquer. 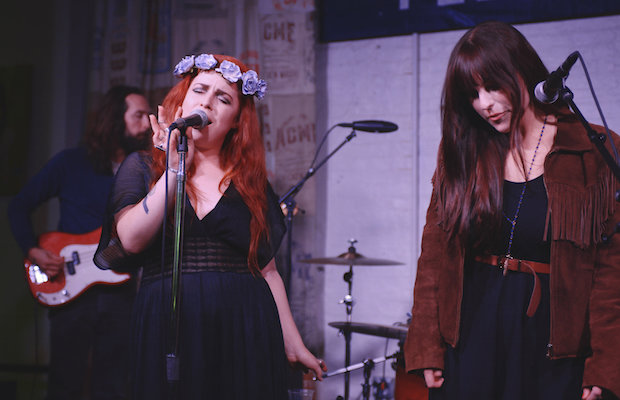 Next Tuesday (Nov. 25), the fun continues with an extended performance from local roots rockers the Allen Thompson Band. As always, it takes place at at 7:30 p.m., and is free to anyone over 21! We hope you’ll join us!