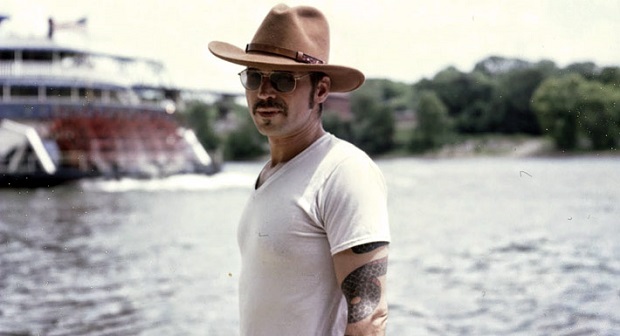 The Exit / In hosts a trio of great acts tonight with American Goth Country headliner, O’Death, out of Brooklyn, NY and Nashville-based singer-songwriters’ Joe Fletcher and Stone Jack Jones.  Tickets are still available for $12, doors open at 8pm, and the music gets going around 9pm.  Read on below for more on each of the acts.

O’Death is alternative country band from Brooklyn, NY, who combine elements of folk, bluegrass, punk, metal and Americana music. The members met between the years of 2000 and 2003, with Greg Jamie (guitar, vocals), Gabe Darling (electric guitar, ukulele, piano, and vocals), David Rogers-Berry on drums, and Robert Pycior on violin. Gabe Darling later switched to banjo and ukulele and the band added bass player Jesse Newman.  O’Death built a local fan base around their irreverent take on Americana by playing dive bars in the East Village and house parties around Brooklyn. After a hiatus due to David Rogers-Berry undergoing cancer treatment, they released the album, Outside, in April, 2011. The first single “Bugs” was released and the band toured extensively in support of the record. The band recently recorded and released, Out of Hands We Go, a return to a focus on live performances with Jamie’s voice and lyrics planted firmly in the center of the band’s dynamic arrangements.

Joe Fletcher is a midwestern born, New England raised singer-songwriter but is currently living in East Nashville.  He just released his third independent record, You’ve Got the Wrong Man, which is an intimate solo album and a departure from his previous efforts with his band The Wrong Reasons. Made up of his gritty original songs as well as covers by several peers, it was recorded live over a few months in the spirit of some of Joe’s favorite records by Woody Guthrie, Leadbelly, Jimmie Rodgers, Bruce Springsteen, among others.  He has opened for Jason Isbell, The Devil Makes Three, Lucero, Robert Ellis, and The Low Anthem.  This past September, he made his second appearance at the Americana Music Association Festival in Nashville.

Stone Jack Jones was raised in a coal miner’s company house on the banks of Buffalo Creek, WV, the descendant of four generations of coal miners. After being rejected from military service in Vietnam and discouraged from pursuing the coal mining business, Jack started wandering and by the time he landed in Nashville, he had worked as a carny, an escape artist, a ballet dancer, a professional lute player, and owned a late night performance art club in Atlanta. Stone Jack Jones’ 3rd full-length album, Ancestor, was produced with Roger Moutenot (Yo La Tengo, Sleater Kinney, They Might Be Giants and more) and features collaborations with Patty Griffin, members of Lambchop, and Courtney Tidwell.