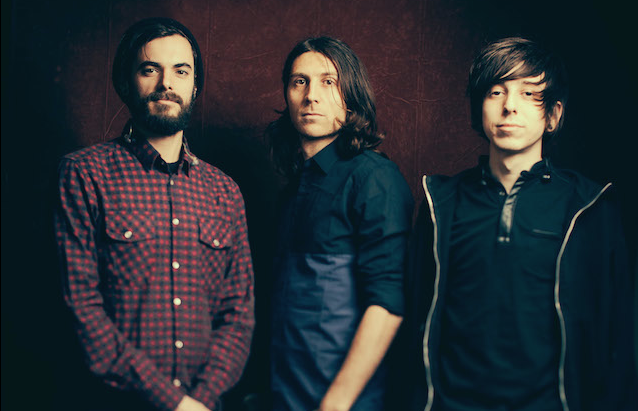 Step aside, British Invasion. Tonight it’s all about the red, white and – well, green, because JoyCut is based out of Potenza/Bologna, Italy. The electro/pop band is making a stop here in Nashville at the Springwater Supper Club (directions can be found here) as part of their latest international tour. No, you do not need to speak Italian to be able to see and enjoy this band’s music – their eclectic tunes are a universal language to be enjoyed by everyone and they’ve proven it by going on tour with US residents like Modest Mouse and Arcade Fire (not to mention that at one of their recent shows they were described as one of the top concerts to see). All we’re saying is we’re pretty pumped to go, and we’re hoping to see you there.

JoyCut must be one of the busiest bands on the planet. Having released either an album nearly every year since 2003, they’ve spent the rest of their time touring the world. Most recently the group put out their third album, PiecesOfUsWereLeftOnTheGround (no, we did not forget the spaces for that one) in 2013 and have been performing throughout Europe, the United States, Canada…well, everywhere, ever since. Touring, recording – what else could these guys have time for? Somehow, they also manage to lead a campaign called “Ghost Trees Forest” which focuses on the sustainability of our future. Awesome music, fun concerts and a good cause? Seriously, we don’t know how they do it, but we are damn glad that they have cut out some time to come to good ol’ Music City for a night.

JoyCut will perform on October 29th at Springwater Supper Club. The show begins at 7PM.