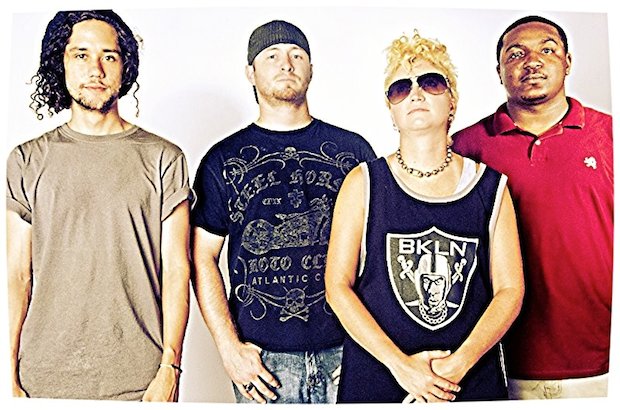 The local post rock instrumental jam band JenHodges and Spurge are celebrating the release of their first EP by giving away free copies of it at The East Room tonight and putting together a release party featuring a diverse lineup of bands in genres that you don’t commonly stumble upon at local shows. If you’re looking for something different, from rock instrumentals to jazz funk to political rap, hitting up the East Room tonight won’t result in listening to your run-of-the-mill indie rock bands and will get you some free music from local musicians.

JenHodges and Spurge have just put out their currently untitled EP filled with post rock instrumentals that place Jen’s funk bass front and center. Jen is also the primary songwriter, combining the different instrumentalists’ strengths in metal, rock, gospel, jazz, and funk to make the group’s unique sound. According to the group, the EP took seven years to write and one to record and they’re willing to give away the fruits of their labor for only the cost of admission to the show.

Mode Fresh is a jazz funk quintet from Nashville with influences as far-flung as Herbie Hancock and the Allman Brothers that also plays mostly instrumentals with lots of improvisation.

Learn how to put a song on itunes at ReverbNation.com

Red Light Symphony is the creative project of bassist and composer Jason Humphrey, a former studio musician who fuses rock, funk, and jazz into his solo endeavor.

We couldn’t find any media to embed for local rapper Cooley Cool, but he says he’s a hip-hop activist who believes in peace and love, but not so much in governmental oppression and refers to himself as a “street rebel.”

JenHodges and Spurge, Mode Fresh, Red Light Symphony, and Cooley Cool will perform Thursday, October 23 at The East Room. The show is 21+, begins at 9 p.m. (doors at 8 p.m.), and tickets are $5 at the door.

SXSW Announces First Round Of Artists!