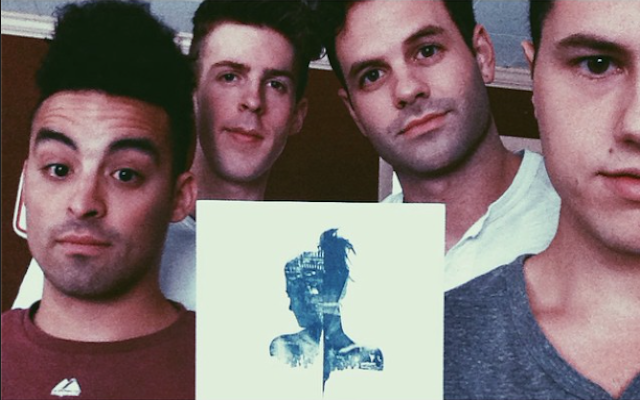 There aren’t too many things more exciting than hearing new music from a familiar act, so you could imagine how pumped we were to discover the new single “Can’t Get Enough” by Nashville based pop rock act Dinner and a Suit. The four piece, which have been playing together since 2008, have released several projects since their inception, but none have matched the musical scope and professionalism evident in “Can’t Get Enough” and (we assume) their upcoming EP, Stay. While the EP doesn’t seem like it necessarily bring the band in a new direction, it represents a refinement and mastery over their current sound, which any musician can tell you is no small feat. Falling into the same rock-pop vein as the newest Moon Taxi release, the new tunes definitely will appeal to fans of Imagine Dragons, Civil Twilight, and similar acts. In fact, that’s one of the best parts of “Can’t Get Enough;” within a few seconds, it’s pretty easy to affirm whether or not you like the song (hint: we liked it), and, it’s also quite evident that the track will have a mass appeal. We won’t be too surprised to hear these guys’ tunes playing through Lightning 100 and at various hot spots around town once the momentum for this release begins to pick up. Speaking of the full EP release, which will occur on Oct. 7, you can actually go ahead and preorder the EP for a mere $3.99 through the band’s website and iTunes.

In addition to the new track and EP preorders, Dinner and a Suit will also be touring this fall, with a Nashville date at The High Watt slated for Friday, Nov. 14. We realize that’s a pretty long way off, but, hopefully, that means you don’t already have anything planned for the evening. You can purchase tickets for the show here for only $10. In the meantime, click through the jump to find a stream of “Can’t Get Enough”, and be sure to let us know what you think of the new tune. Cheers!