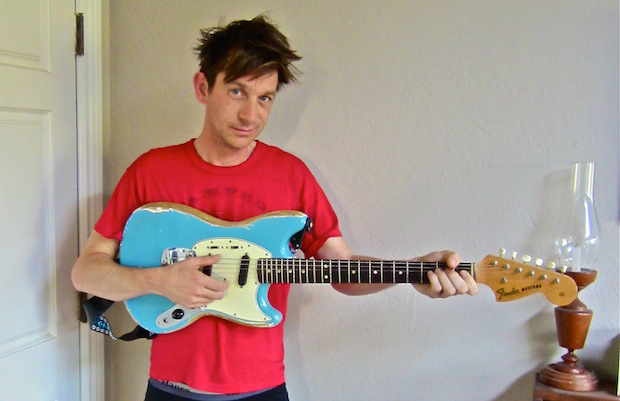 
Sometimes, the unplanned shows you jump on at the last minute turn out to be some of the best shows, and last night at The Stone Fox was a perfect example of one such endeavour. Our editor-in-cheif had heard that singer, songwriter, musician, playwright and multimedia artist Sonny Smith and his band The Sunsets were in town, but was unable to attend himself. So I stepped up to take the asignment on short notice. Sonny & The Sunsets were here just briefly, before heading to Asheville, NC for Harvest Records Transfigurations fest, (you can learn more about the indie friendly fest on its official site), and we didn’t want to miss our opportunity to see the beach pop, garage surf-rock icon.

With two local bands we know and love, Cheap Time and Fox Fun, filling out the bill we couldn’t get to The Fox fast enough! Read on after the jump for more on last nights fun, and as always stay glued to NCFNN for all things in indie that rock.

We got there just in time for the start of Fox Fun, a group of local garage psych rockers, who seem to improve and impress us more and more with each performance. The lead singer/guitarist plays a beautiful Danelectro 12-string that we fall in love with every time we see it, and we’ve enjoyed recognizing their tunes over the course of seeing them play multiple gigs. According to their FB page an “LP is in the works for 2014”, and we can’t wait to get our grubby hands on it.

Next up was Cheap Time, who has Sex Pistols/Ramones punk appeal with crunchy noise rock guitar riffs. They BLASTED through thier set, barely stopping long enough in-between songs for applause. Machine gun drum rolls melded beautifully with the abbrasive guitar, bass and Johnny Rotten vocal inflection. We were blown away by how much energy they brought to their performance, and we immediately snatched up some of their work at the merch table. Look for them to continue exploding eardrums all over Music City at a venue near you very soon!

After a smoke break and ordering another round at the bar, it was time for the headliners, Sonny & The Sunsets. It was their first time ever playing in Nashville, and we were thrilled they took the time to do a show on their way to Transfigurations fest. The Stone Fox seems to be a stop on the circuit, considering The Clean, who play The Fox tomorrow, are also on the Asheville, NC music fest’s bill.

Last summer’s release from Sonny, Antenna to the Afterworld, has become a staple in our diet, and the California beach-pop sensibilities, with grungy lo-fi undertones, has us longing for the coast all times of year. Last night’s show was mostly new stuff, from a yet to be released (but finished) record, and it was more of what we’ve come to delight in and expect from Sonny and his sometimes rotating backing bands. His emotionally charged, but never sappy, lyrics, presented in his soft, honest vocal are mesmerizing. Our heads were bopping the whole time.

Sonny would talk to the crowd in-between songs very matter-of-factly about things like self-help books, which “he isn’t assumed to say he likes”, and other light conversation topics. He seems like an intelligent and very down to earth person, who’d we enjoy sharing a beer with if the opportunity ever presented itself. They closed out with an older number we recognized called “Bad Vibes and Evil Thoughts”, which we loved, and even jammed it out for a little extra icing on the cake. Over all it was a great way for them to pop their Music City cherries and we look forward for any possible return visits.