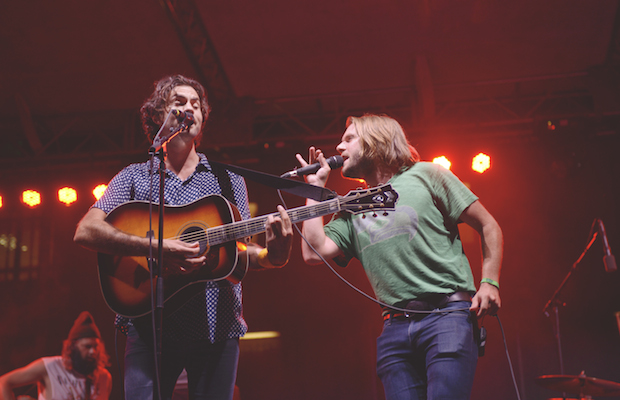 Week two of Music City’s FREE concert series, Live on the Green, was a scorcher. And we’re not just talking about the lineup. If you were there, then you know that the heat was nearly unbearable, but, when you have big name talent like folk rock ’n’ rollers The Head and The Heart headlining, with the nearly over-night international Nashville sensation Wild Cub, and local bluesy hard rockers Goodbye June filling out the bill, it was well-worth the discomfort. Judging by the massive crowd, not too many people were worried about a temperature that stayed above 90 until sundown. If you missed it, or you just want to re-live all the fun, read on after the jump for more details, and be sure to check out our exclusive photos.

I got to Public Square Park just before six, and, during the short walk from the car, was already wet with perspiration. The merciless heat made for an uncomfortable start to the evening, but I was lucky to grab some shade, food, and water before the music started. Beers would come later. I knew hydrating early was key. 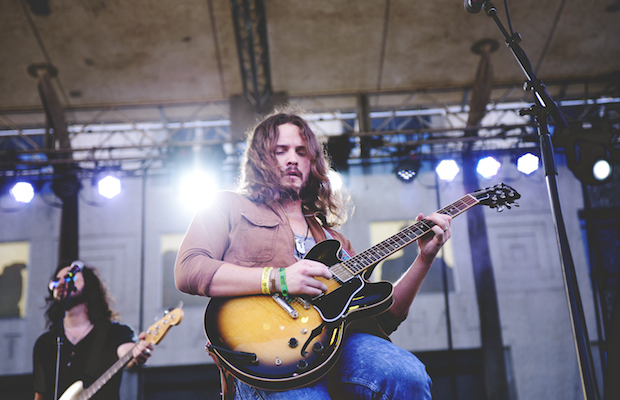 Goodbye June kicked things off, and they were just as raw and powerful live as they sound on Lightning 100; a bluesy cross between Blind Melon and Guns N’ Roses, complete with a vocal range that Axl Rose wished he could still hit. The heavy drumming reverberated in my chest from behind stage, so I can only imagine how powerful they sounded in front of the speaker tower, amongst the growing droves. Towards the end of their set, Goodbye June played their newest single, “Daisy,” and the crowd seemed to know almost every word. It made me smile to see yet another Nashville band connect with their local audience so well. 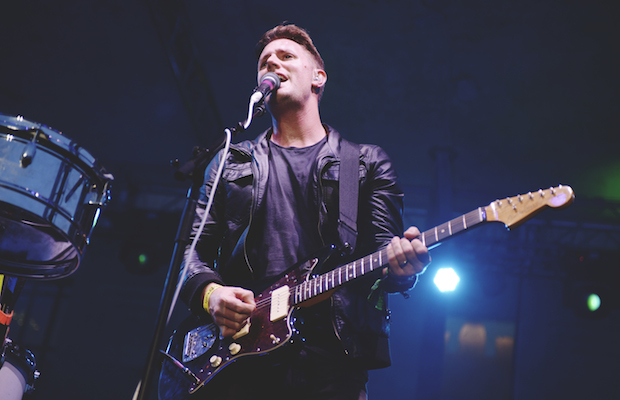 Not to get all hipster on you, but we’ve been on the Wild Cub bandwagon from the very start, since before the local synth rockers self-released their debut album, Youth, in 2013. After re-releasing their debut, this time with label backing, their hit single “Thunder Clatter” seemed to be everywhere to start 2014, and a meteoric rise to promanince has followed in the song’s wake. Wild Cub blazed through their set like seasoned pros, playing nearly everything off the aforementioned LP, and, when it came time for everyone’s favorite song, the crowd went ape shit. At one point, lead singer Keegan DeWitt even crawled into the crowd. By the end of their set, it was obvious that no one could get enough of WC. Luckily, they’ll be headlining  Nashville Outlines at The Stone Fox tomorrow, so, if you missed out, or if you just need another local Wild Cub fix before they  hit the road again, you have another chance. 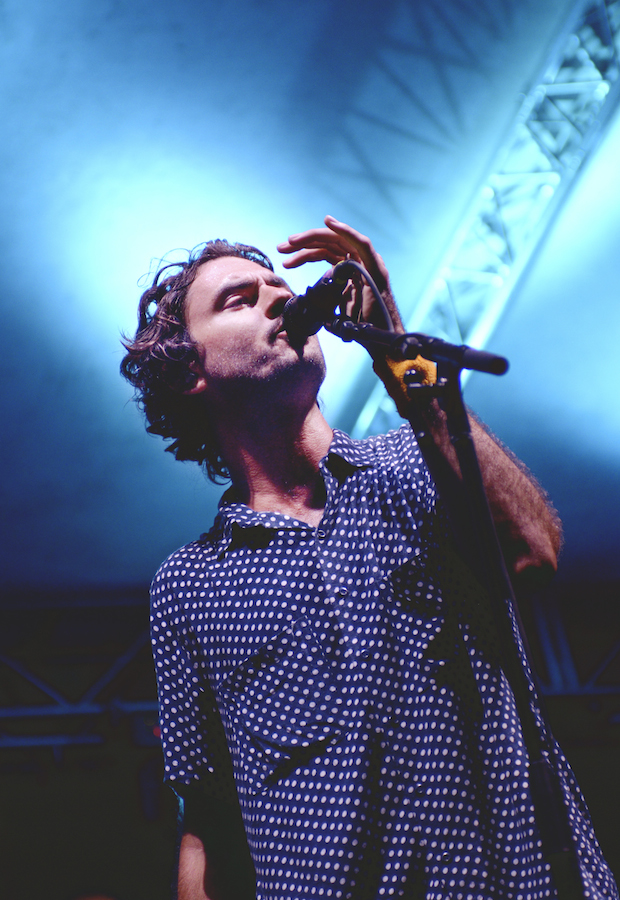 The Head and the Heart. Photo by Mary-Beth Blankenship.

Deciding that I wasn’t going to miss out on any more of the general admission fruckus, I ventured into the growing mass of bodies for The Head and The Heart. Pushing through the throng, I came to decent sized clearing center stage, and made myself at home.

The six-member ensemble had a huge sound, much heavier than their records, which focus on vocal harmonies and softer melodies. The Head and the Heart’s show is all rock, less folk, but the latter is still peppered in, in good measure. There was a huge response from the crowd for the popular single “Shake,” which appears on the group’s newest album, Let’s Be Still. However, the defining moment of their set for me was their Millennial anthem, “Lost In My Mind,” taken from their eponymous debut.

“How’s that bricklayin’ comin’? How’s your engine runnin’? Is that bridge gettin’ built? Are your hands gettin’ filled?,” they sang to the crowd.

Maybe it was just the vices in which I chose to indulge, but their words never seemed to ring so true as they did that night. The Head and the Heart speak to a generation that grew up having it all, and then watched it slip away during a recession, just when most of us were ready to take our rightful place as adults in society post college. What we once thought would be handed to us, we are all finding out, we will need to work twice as hard for, but we’ve picked ourselves up, dusted ourselves off and now we can all start “moving forward.” A resounding message from a fantastic band at yet another great installment of Live on the Green.