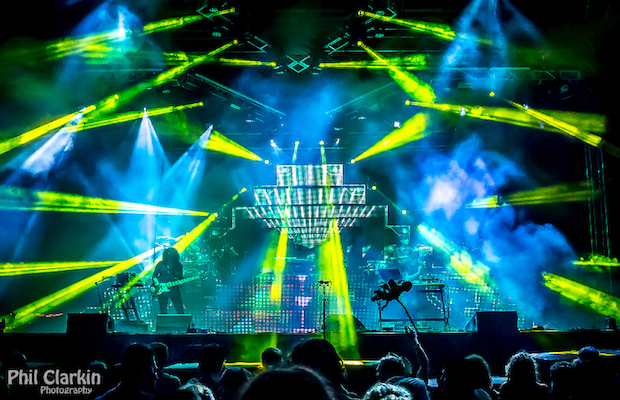 Here’s an important question for you: what are you doing for Halloween? We realize it’s still months away, but if you’re planning on going to a show, we’d like to humbly suggest it be the STS9 show at War Memorial Auditorium. Formally referred to as Sound Tribe Sector 9, STS9 plays an interesting mashup between electronic music, instrumental rock, and jam music; they’ve established a reputation as a fantastic live band, and in an effort to solidify that reputation, they’ve announced that they’ve pulled out all stops for this fall’s tour of When the Dust Settles, their 11th studio release thus far. The group plans to create one of the most visually stunning tour dates of all time, which should be exciting enough on its own, but when one considers the insane costumes and general atmosphere that comes along with Halloween, it should be pretty obvious that this will be a spectacular event unlike any we’ve seen before.

We’ll have more in depth previews as the date gets closer, but we wanted to make sure you readers were aware of this event well ahead of time, as it’s going to be an absolute blast. You can pick up tickets for $35 apiece.  Tickets are going to move pretty fast for this one, so you should probably head here for a pre-sale from our pals Break On A Cloud that’s running from 8/6 at 10am until 8/7 at noon to make sure you are part of this party!