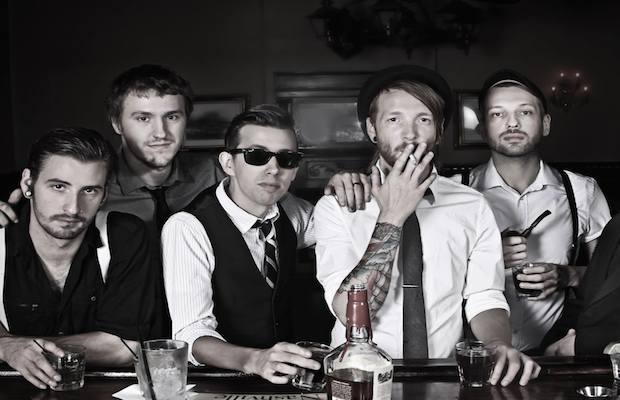 Coming hot off their Vans Warped Tour set, locals We Are The Finale are playing another show in town at 12th And Porter tonight. They’re bringing along another hometown band with ForeverandNever as well as Blameshift and Fit For Rivals. Check out more from each of the bands below!

We Are The Finale

We Are The Finale are a local rock band who have gained a serious amount of traction in and around Nashville. Not only do they have quite the fan base, they have also been nominated for “Best Rock Band” and “Best Rock Song” at the 2014 Music City Mayhem awards without even releasing a full length album yet. However, this year they have released an EP called “The Magic Show Part 1: The Pledge” with 5 absolutely ass-kicking songs, including the song “Game of 3”, which you can check out the video for below.

Hailing from the land of great pizza and people who speak with their hands, Blameshift are just a day into their own nationwide tour. Just like all of the other bands on the bill, they are an alternative rock band that isn’t afraid to melt your face off when they want to (and they will do exactly that tonight). Check out the music video for their song “Secrets” just below.

Last year, Fit For Rivals released their debut album and it’s safe to say that it has been a complete success so far. On top of that, the music video for their single “Damage” (which can be seen below) has amassed over 12 million views on YouTube and it’s easy to see why. Running with all of that success, Fit For Rivals will be releasing their first single called “Hit Me” off their sophomore album on August 5th and you can check out a preview for it here.

Another band that’s from right here in town, alt-rockers ForeverandNever released their self-titled first album earlier this year and have yet to look back. They have been playing shows throughout the country, and just announced another tour in September (including another show at 12th and Porter). Make sure to get there early tonight to check them out!