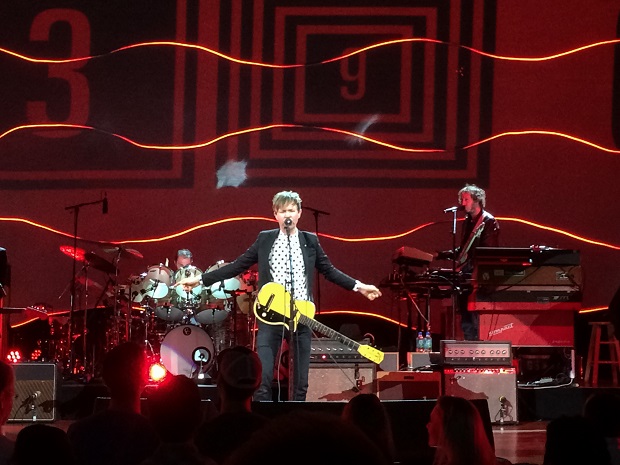 If we posed the question of who has been the most influential musician in the past twenty years, you would have a hard time convincing us that the answer was anyone other than Beck Hansen.  His genre-bending creativity and artistry are perhaps only rivaled by stadium mainstays U2, which makes an evening (or two) with Beck at a venue like the Ryman Auditorium a truly special event.  Read on below for our thoughts on the show, set lists, a few crappy photographs from our near perfect seats, and how we upstaged Jack White.

The Ghost Of A Saber Tooth Tiger prompted one friendly usher to question if we knew who we watching.  Yes, we know the band is fronted by Sean Lennon, the prodigal son of John and Yoko, and we have spent a little bit of time with their experimental, almost psychedelic rock sound.  The real question that came about during the opening set was what it must be like to have the expectations of his heritage constantly hovering over him.  Surely, the family is supportive of his frankly impressive sound and musical pursuits, but trying to live up to a musical icon has to be a challenge.  Perhaps, his god father, recent Bonnaroo headliner Elton John provides enough support to encourage the confidence that could melt away in snarky music reviews and over eager Beatles fans making endless comparisons.  Anyway, we digress.  The sound was interesting, entertaining, thought provoking, and provided a nice segue to the evening’s headliner.

The packed Ryman Auditorium was buzzing with anticipation during the longer than usual set break.  A multitude of instruments were packed onto the stage, and the electronic backdrop began to flicker as the lights finally dimmed.  We’ve covered for “work” and attended as fans quite a few shows at The Ryman in our time, but there was something different about this show.  Fans were going absolutely crazy.  Jumping, flailing, rushing the stage. A guy next to me was throwing himself in the air like Will Farrell as a cheerleader in that Saturday Night Live skit from years ago (no joke).  Perhaps, it may have had something to do with fellow Forecastle headliner Jack White sitting in a pew a couple of rows behind us that fueled our neighbor, but that’s the kind of excitement we are talking about in the crowd. 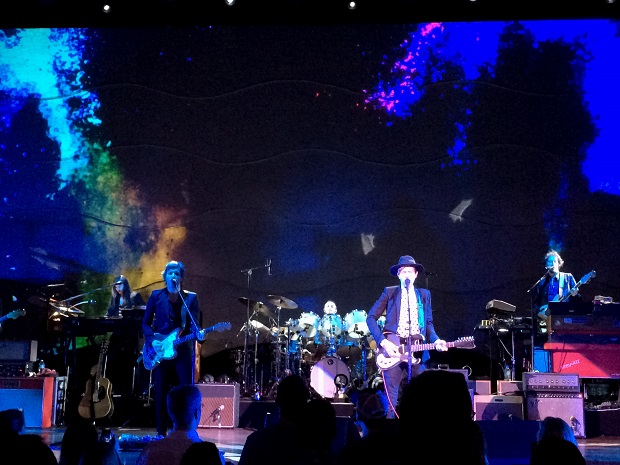 The Monday night show kicked off with opening track “The Golden Age,” from his 2002 chilled out opus Sea Change while the sound guys struggled to work out the kinks.  All was good within a few songs though, and the energy really kicked in for the remainder of the set.  By Tuesday night, all of the kinks were worked out, and Beck kicked off the evening with the title track & mega hit “Devils Haircut” from his 2006 breakout album Odelay.  Both evenings featured splashes of his impressive, nearly movie soundtrack quality, 2014 release Morning Phase, along with hit upon hit upon hit from past releases.  At one point during a mandatory beer evacuation run, a man a few stalls down said “those first three songs were incredible.”  After he left, I commented to the guy next to me, “The first three songs?  We’re ten songs in and I finally found one that I could sneak out to use the restroom for!”  The restroom break on Tuesday evening came courtesy “Soldier Jane” from the 2006 release The Information, which, though I still own in pretty much every medium possible, is not my top Beck album.  Luckily, the lines were short, and we made it back in time to catch the first single to come off of the 2008 release Modern Guilt, titled “Chemtrails.” 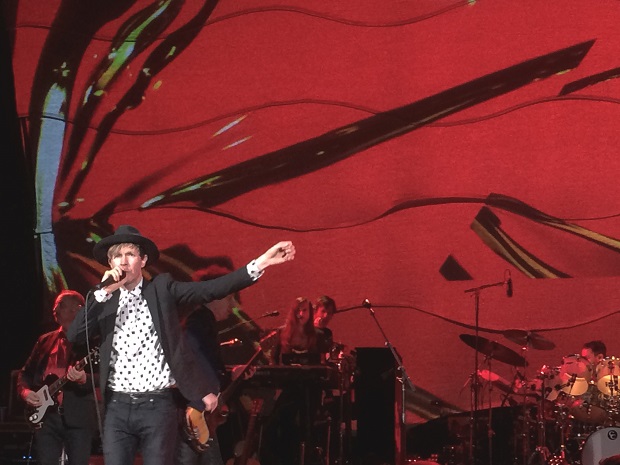 We could go on about full bladders and song titles, but here is the take home point and the answer to the question we posed in the opening paragraph.  Beck is an artist that has mastered music through numerous genres from hip hop inspired hits like “Where It’s At” (you may know this as two turntables and a microphone) to solid rock numbers like “Gamma Ray” or “Black Tambourine” to thick electro-beats in tracks like “Get Real Paid” to near perfect alt-country ballads like “Blue Moon” or “Lost Cause”.  Judging from the general age of the audience, the fans in attendance, who were willing to part with the steep price of admission, have been following Beck for over 20 years now, and, given my above mentioned neighbor with the ridiculous cheerleader routine going on, everyone there was enjoying the show just as much as we were. 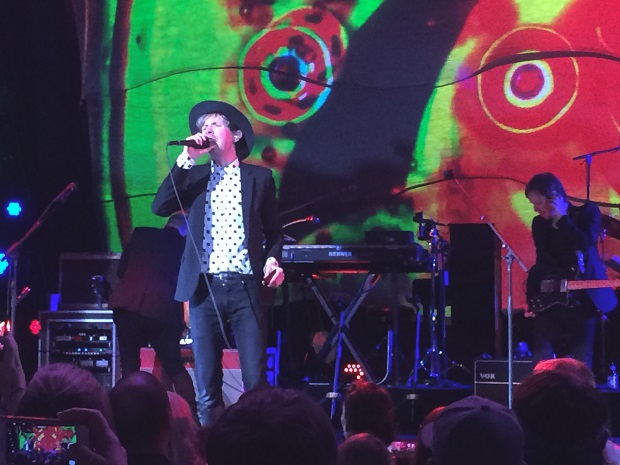 We know it is late in the game to make plans like this for the weekend, but we’ll remind you that Beck is headlining Sunday night at this weekend’s Forecastle Festival.  If there is any way possible, you should make every effort to see him, because, as he reminded us over the past two days, it’s been 18 years since he played The Ryman.  Accordingly, an opportunity to see the sometimes reclusive artist doesn’t happen every day, and these shows just took the top slot in our ongoing Best of 2014 list.

Encore:
Sexx Laws
Debra
Where It’s At / One Foot in the Grave / Miss You