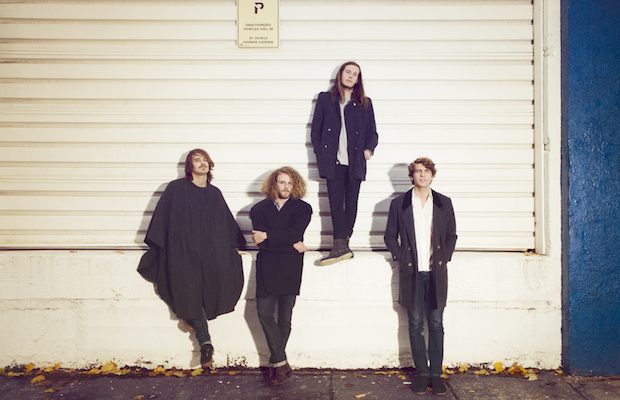 We’ve got great news for all you Desert Noises fans out there: this awesome quartet will actually be performing twice at Bonnaroo, and the performances are nearly back-to-back. If you’re not a fan yet, frankly you should be, as these Utah natives are a uniquely refreshing force on the indie rock scene. The group draws from a myriad of older influences including the Grateful Dead, early Modest Mouse, and Bob Dylan. A consistent theme between all these influences is the timeless nature of their tunes; it’s this same classic sound that Desert Noises chases, and boy do they get close. If you didn’t know their debut album, 27 Ways, came out just last March, it would be hard to pinpoint a specific period in music. This is because rather than simply jumping on the latest trends in the music scene, Desert Noises has instead focused on creating simple yet lasting melodies and appropriate accompaniment. Like we said earlier, the result is a timeless rock sound with a broad appeal to audiences of all ages and backgrounds.

While Desert Noises hasn’t played Bonnaroo before, they have had gigs at ACL and a number of other festivals, and are slotted to play at Lollapalooza this year, so they aren’t strangers to the festival scene. Plus, they’ll have two shots at giving a killer Bonnaroo performance, although we won’t be surprised if both sets they play sound amazing. After all, this group’s dedication towards producing a quality musical product that will last is remarkable, and their live show no doubt matches the prowess of their records. If you can’t wait till June, you can go ahead and get your Desert Noises’ groove on with our embeds below. We’ve got their popular tune “Oak Tree” and the video for “Out of My Head”, both for your listening pleasure. Go on, click one of those little play buttons. You’ll like what you hear.

WATCH | “Out of My Head” (Official Music Video)