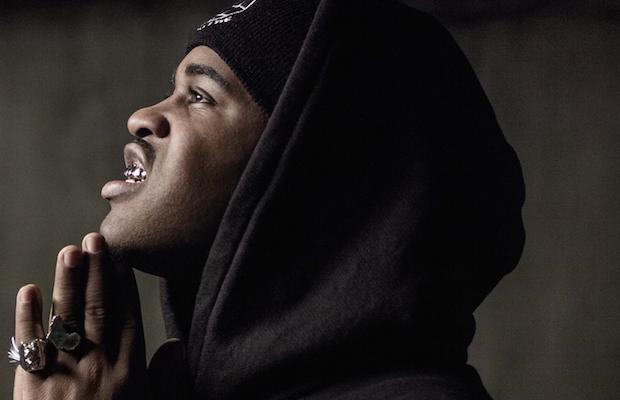 Second only in public presence, perhaps, to fellow A$AP Mob member, friend, and frequent collaborator, A$AP Rocky, New York rapper A$AP Ferg broke out in a big way last year with the release of his debut full-length, Trap Lord. For the uninitiated, the A$AP Mob (which loosely stands for “always strive and prosper”) is a Harlem-based collective of rappers, producers, video directors, and fashion designers, founded in 2007 and boasting breakout talents like Rocky, Ferg, A$AP Nast, A$AP Yams, and many more. Not exactly a label (like Maybach or Taylor Gang), and not really a focused musical unit (like Wu Tang or Odd Future), A$AP Mob is more of an outlet of cross-promotion, and an exclusive club for like-minded hustlers. The term “trap lord,” in fact, is one popularized by Ferg and his fellow Mobsters, and more or less is used to mean “someone who’s the best at their hustle.”

A$AP Rocky brought the house down with a Sunday performance at one of Bonnaroo’s tent stages last summer, and it looks like Ferg is set up to make that same magic happen all over again. The son of a boutique fashion designer, Ferg, born Darold Ferguson, originally set out to pursue design and fashion, before making the switch to hip hop a few years back. A longtime friend of A$AP Rocky, Ferg did something few rappers can boast: he put out his debut without an official mixtape or EP preceding it. Though the MC didn’t exactly come out of nowhere, nabbing a few guest spots of ahead of Trap Lord, it sure felt like he did, and the overwhelming critical helped accolades boost his cred even more. Boasting a contemporary production style, channeling lyrical themes of street-smarts, ego, and mastering your domain, and landing with a larger than life yet surpassingly sincere persona, A$AP Ferg helps prove Bonaroo’s serious commitment to hip hop, and should be considered a “can’t-miss” act this summer!