Bonnaroo Band of the Day: DARKSIDE 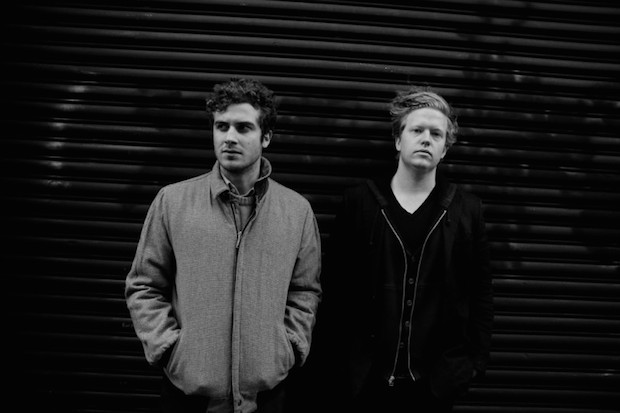 Bonnaroo, like most other festivals these days, provides plenty of opportunities to immerse yourself in the bleep and blurps of late night electronic sets, and DARKSIDE may just be the perfect option for those of you that prefer the more experimental, jazz influenced side of EDM.  Founded by Nicolas Jarr & multi-instrumentalist Dave Harrington as college pals at Brown University, to say they blew up out of nowhere is an understatement.  Applying many of the principal tenents of cool jazz, they began exploring the space between the beats.  Where typical dance music ranges from 120 all the way to 180 BPM, DARKSIDE finds comfort around 100 BPM which creates great space for instrumental voices between.  While you may think that is too slow for your late night foray, we suggest you give this a shot, because you may just find your favorite new jam in the wee hours on Saturday night.

DARKSIDE have only been around since 2011, but they have already received significant critical acclaim.  Their debut show at Brooklyn’s Williamsburg Hall of Music sold out almost instantly.  They’ve been playing festival and large cap rooms since their inception, and that trend is only growing.  DARKSIDE is playing no less that 20 festivals this summer in Europe and North America, and while it may be their first Bonnaroo appearance, it’s likely this will not be their last.  We’d imagine they’ll probably even dive into their creative, experimental remix of Daft Punk’s entire Random Access Memories last fall.  Get to know DARKSIDE below, and find out why you may want to pace yourself on Saturday afternoon.