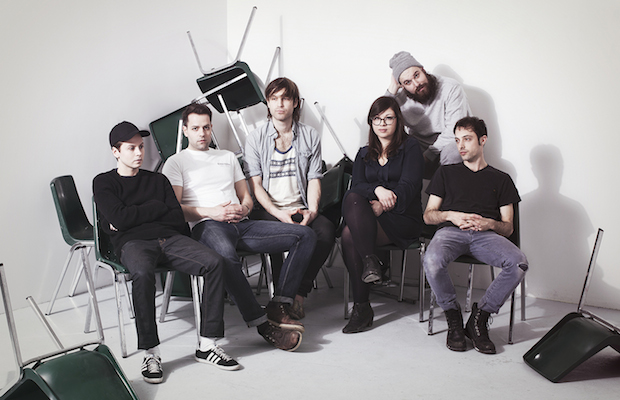 Hitting the road in support of their highly-anticipated upcoming fourth album, Glass Boys (out June 3 via Matador), Canadian hardcore punk outfit Fucked Up will be making a stop at Nashville’s Exit/In on July 7. One of the most explosive, influential, and unabashedly punk groups of the past decade, Fucked Up have managed to transcend their underground, DIY roots to become a critically celebrated band, without compromising the sound or principles they were founded on. Unsurprisingly, their live shows are raw, unpredictable, rowdy, and in-your-face, and their past appearances at Exit have been ones for the books. Grab your tickets now for $15, keep an eye open for support, to be announced (fingers crossed for JEFF the Brotherhood, Cy Barkley, and/or Diarrhea Planet), and give new track “Led By Hand,” featuring Dinosaur Jr.’s J. Mascis, a spin below!