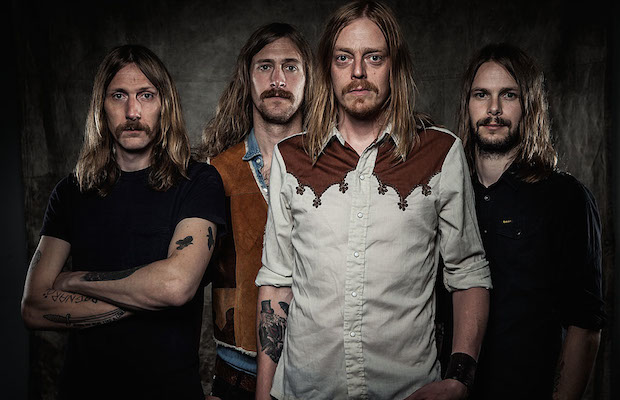 Remember back in the 1960’s when there was a British Invasion? Tonight at Exit/In, there’s going to be a Swedish Invasion. No, we don’t mean that there will be Swedish Fish and funny accents (although both sound awesome). Two rock bands from Gothenburg, Sweden are going to be hitting the stage at 9PM (doors at 8PM) in order to give Nashville a taste of music from a different part of Europe than The Beatles or The Rolling Stones. Graveyard and Bombus have flown all the way across the pond to tour the US of A with their edgy sounds and in-your-face attitudes. Tickets are $15, which is considerably cheaper than buying a flight all the way to Sweden to see these groups in their home country. Click to check out more about the lineup…

Graveyard, as stated before, hail from Gothenburg, Sweden. The group of four have been on the radar in the United States for some time now, having first really caught the attention of Rolling Stone writer David Fricke at the 2008 SXSW festival. With three albums under their belt, Graveyard are in no way short on material to play tonight. Be prepared to be faced with a rock band that have no problem getting in your face and showing you a damn good time.

Kicking off the evening of Swedish fun is Bombus and, let’s just be real, that is an awesome name. If only the definition of their name was “heavy metal” than it would be truly perfect. As it is, Bombus is on a mission to truly define the genre by touring with determination. With the kinds of crazy videos they produce, it can be safely assumed that this band has no qualms with being a little out-of-the-ordinary and no doubt that translates into their live shows.