Bonnaroo Band Of The Day: Thao & The Get Down Stay Down 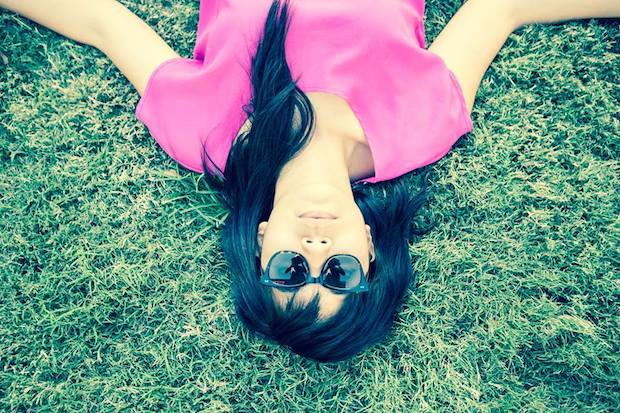 Notice that thing above that says that Thao & The Get Down Stay Down are newbies to Bonnaroo?  It took serious research (and is still in doubt) to confirm that this talented popstress has never played Bonnaroo.  See, we’ve been fans of Thao since before No Country For New Nashville was even a thought.  Yes, that’s right.  As a younger, less ambitious, music lover living in San Francisco (current home of Thao), a friend from Virginia (former home of Thao) dragged me out on a foggy night to see “an amazing performer”.  The tiny club was packed, and the crowd was dancing ferociously with smiles plastered to their faces.  This was right as the ever playful We Brave Bee Stings And All was released, and the hook was set for us (and a large part of those in the know).  Through the sophomore album Know Better Learn Faster to a 2012 collaboration of covers with Mirah, the dragon we had been chasing was this year’s We The Common that put us back into euphoria.  The lyrics immediately connect like your favorite book.  The songs are perfectly balanced playful pop, and the on-stage attitude… well, you’ll have to see that to believe it.  Nothing goes better with summer than Thao and co.  Yes, we tell you this with every ‘Roo preview, but, if you miss this show, you are the only one that is going to be sorry.  Check out the album that originally hooked us from the beginning, as well as, the title track from the new record below to get just a brief glimpse into perfection.

LISTEN | We Brave Bee Stings And All