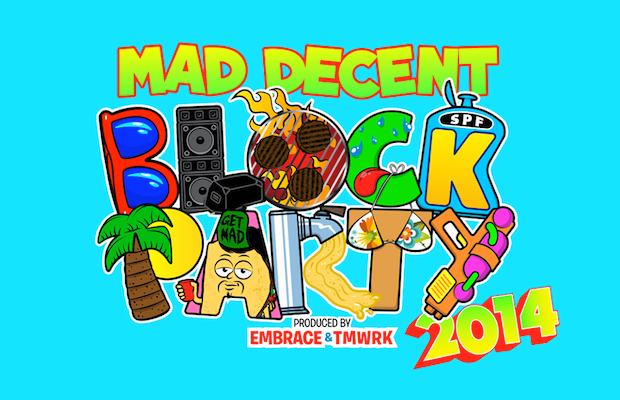 The Mad Decent Block Party, a traveling summer hip hop/EDM fest helmed by Diplo’s Mad Decent label, has announced its expansive 2014 routing, which includes an August 23 stop right here in Nashville, set to take place on 12th Avenue North (around Anthem and 12th & Porter, we presume). Though some markets boast acts like Outkast, Fatboy Slim, and A$AP Ferg, Nashville’s date, so far, is set to include Big Gigantic, the man himself, Diplo, GRiZ, and Zeds Dead, with more still TBA (here’s hoping for Riff Raff)! Pre-order tickets sold out fast, but you can grab general admission when they go on sale this Friday, April 11, right here. The show’s 18+, or 21+ for VIP, and things kick off at 2 p.m. We’ll be sure to keep you updated on additional lineup announcements, but, if this scene is your cup of tea, you might want to grab your spot sooner rather than later.