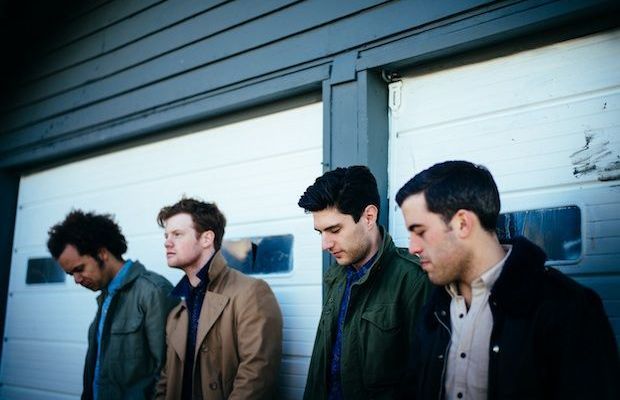 When we told you about local synth rockers Vinyl Thief‘s new EP, Stop Motion, last month, we noted that a hometown date was more than overdue. Well, we have some good news for ya: the guys have finally delivered, with the announcement of their first Music City show of the new year, April 11 at The High Watt. Even better? They’ll be supported by Phin and The Young INTL, two other amazing indie rock acts destined for big things. And the best? This stacked bill will set you back a mere $7.

We will most certainly be reminding you about this one closer to the date, and we’re excited to announce that Vinyl Thief will join us for the next edition of the No country For New Nashville Podcast. For now, just mark your calendars, check out the band’s brand new music video for “Smooth” below, and find out what we previously had to say about Stop Motion:

This long-awaited followup to 2012′s Rebel Hill is everything we hoped for and more. Channeling the same pop sensibilities, affinity for synthesizers, and eclectic indie rock foundation, Stop Motion is, unequivocally, Vinyl Thief’s strongest, most-focused, and best produced effort to date. Even the songs we’ve heard before (which, at this point, is most of them) sound the best they ever have, fully encapsulating what makes this band so special. If there was ever any doubt that 2014 would be Vinyl Thief’s biggest year yet, one listen to this EP should squash it.