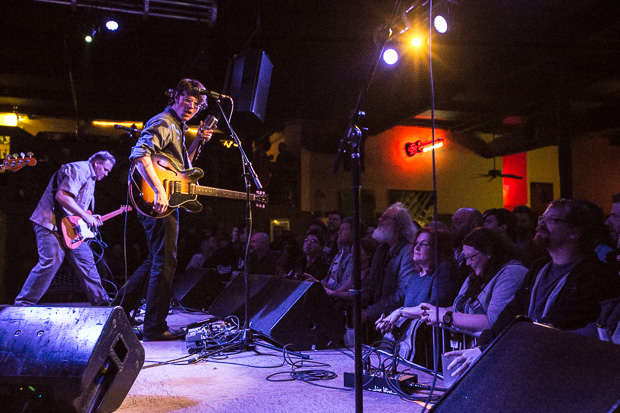 Listening to North Mississippi Allstars albums, you can immediately hear the immense talent and the strong blues and rock n’roll heritage they exude. So we were excited to see they’d be back in town for two nights at 3rd & Lindsley with Lightnin’ Malcolm, who serves as both an opening act and their bass player. We were looking forward to a night of good tunes and interesting photo opportunities, but as you will read and see below, the North Mississippi Allstars and Lightnin’ Malcolm delivered far more.

Read on below for our full review with photos. 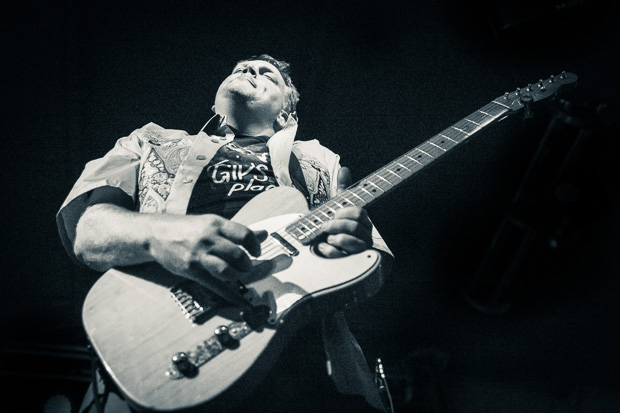 Prior to the show’s start, there was still some room to move around. Fans were filing in from all over the US, including a couple we met from Milwaukee who grabbed a spot at the front of the stage. Lightnin’ Malcolm and Stud took their positions and eased the crowd into the driving grooves and sliding riffs that would keep a sold out crowd at 3rd & Lindsley gyrating and bobbing for hours. Lightnin’ Malcolm clearly shares a number of influences with the Dickinson brothers, so his style of melodic blues served as a great means to whet the appetite of the crowd for the headliner.

He was joined on drums by Stud, the grandson of the late Mississippi blues legend T Model Ford. The lineup may have been stripped down, but they filled the stage with personality and the room with more sound than we would have expected. The crowd continued to swell as it absorbed the duo’s tight grooves culminating in an explosive finale. The drum solo kicked the end of the set’s energy up a notch, and as the dust settled at the conclusion of their set, Stud’s drum hardware was strewn about the stage, having keeled over from the sheer force of the performance. 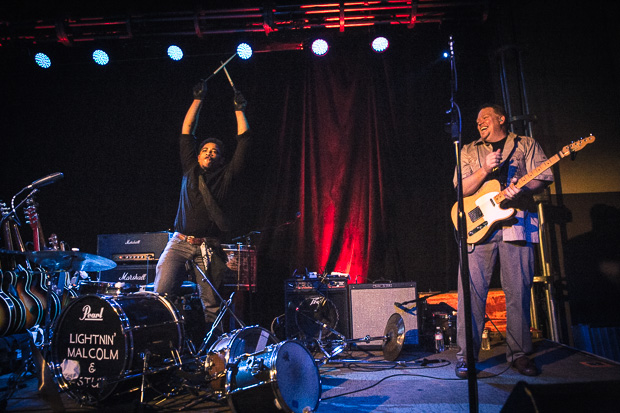 Luther and Cody Dickinson took the stage with Lightnin’ Malcolm on bass shortly after Malcolm and Stud wrapped up their set. By now the sold out crowd had filled in all the empty space in 3rd & Lindsley, and the energy from the packed in audience was radiating. 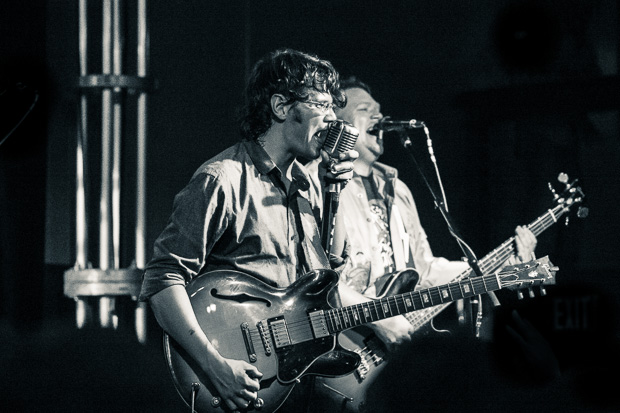 North Mississippi Allstars then proceeded to rock everyone’s face off. Luther incorporated a mic and delay pedal to apply a pulsating, echoey Pink Floyd-ish tension into some song transitions to keep the energy up. He also channeled some Chuck Berry, and I could swear at one moment I was listening to Band of Gypsies. Cody blew everyone’s mind with a psychedelic washboard solo. At times playing both drums and keyboards simultaneously. Then he donned ski goggles and a dust mask during a song where everyone on stage strapped on a drum and marched through the crowd for a portion.

Over the course of the night, they brought a number of guests on stage. Luther, Cody, and Malcolm swapped back and forth on vocals, guitar, and bass. The night was so dynamic and full of energy that you never knew what was going to happen next. We anticipated the North Mississippi Allstars would deliver on their great catalog, but we could never have expected such a fun and entertaining experience.