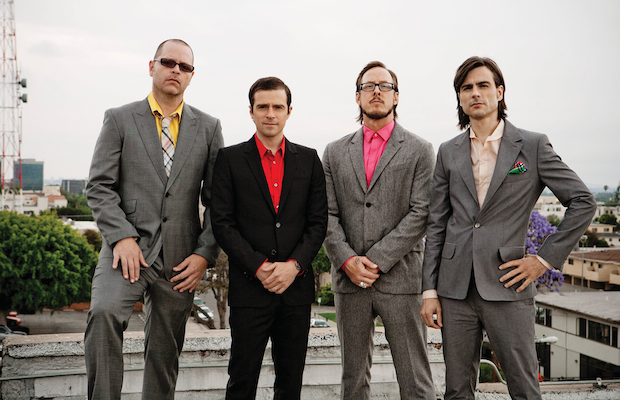 Hey Weezer fans, you’re in luck: the indie/alt rock/emo turned power pop pioneers have announced not one, but TWO performances in Nashville this spring, April 5 and 6 at The Ryman Auditorium. Best we can tell, the group’s last Music City visit was way back in ’05, so this special two-night engagement is more than appreciated.

After an incredibly prolific bout in the late ’00s, Weezer have had a comparatively quiet couple of years, touring intermittently and focusing on solo and side projects, and special outings like The Weezer Cruise. The band are currently at work on their ninth studio album, reuniting with The Cars’ frontman Ric Ocasek, who famously produced both the group’s Blue and Green albums.

Whether you’re an old school Weezer purist, a fan of the new stuff, or a newbie altogether, the group have really settled into a healthy, exciting place over the past few years, and it shines through in their live performance in a big way. They’re one of the best and most fun live acts in rock, and their show offers something for everyone, honed from over two decades of experience. Grab your tickets when they go on pre-sale this Thursday, Feb. 13, at 10 a.m. or general on sale this Friday, Feb. 14, at 12 p.m. right here (April 5) and here (April 6) and here (2 day ticket).