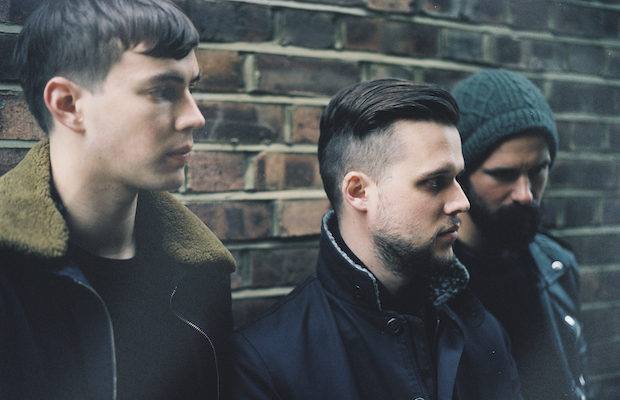 UK trio White Lies have played Nashville exactly one time, in 2009, at Bridgestone Arena (then the Sommet Center) with two local acts: Kings of Leon and Mother/Father. Performing in a hard environment to make a first impression and supporting a band that’s a little out of their wheelhouse, it’s hard to say that White Lies have ever properly played Music City. That will all change Feb. 19, however, when the band make their long-awaited return, this time headlining Cannery Ballroom with Frankie Rose as support. We have more about both bands after the jump, and tickets are on sale now. If you’re feeling lucky, you can also enter to win a pair. Keep reading for details!

English post-punk revivalists White Lies exploded onto the scene in 2009 with the release of incredible debut album, To Lose My Life… Though their followup, 2011’s Ritual, failed to capture as much traction, it was, nonetheless, a thoroughly enjoyable record. After years of touring, countless high-profile festival gigs and supporting slots, and earning endless fan support and critical attention, White Lies are back with a third album, Big TV. Propelled by the traction of tracks like “There Goes Our Love Again” and “First Time Caller,” it’s easily the band’s most inspired work since their start. Calling back to post-punk is (er, was) something of a fad, but White Lies do it in the sincerest way possible; not an aping of a “trendy” aesthetic but a full-on embodiment of a prior movement. They have a killer live show to boot, so don’t miss out!

Though she first rose to prominence as a member of several critically lauded indie/garage rock acts, Frankie Rose has amassed plenty of buzz on her own merit as a solo artist. On her latest full-length, Herein Wild, Rose channels elements of dream pop and indie rock for a gloomy, sweeping, guitar-driven romp of pure artistic excellence. We caught her opening for Franz Ferdinand last fall and were blown away! To say she’s worth showing up early for would be an understatement.

Must be 18+ to enter, per show’s age requirements. Winners will be announced Friday, Feb. 14 at 12 p.m. CST, and will each receive a pair of tickets. For a bonus chance to win, RSVP to the event here, and share it on your Facebook wall. Enter below (you will be redirected to your e-mail, where you will need to hit send):

If you’re having issues with the above form, you can alternately send your full name in an e-mail to [email protected] with “White Lies Giveaway” in the subject line, and please let us know if you shared on Facebook.