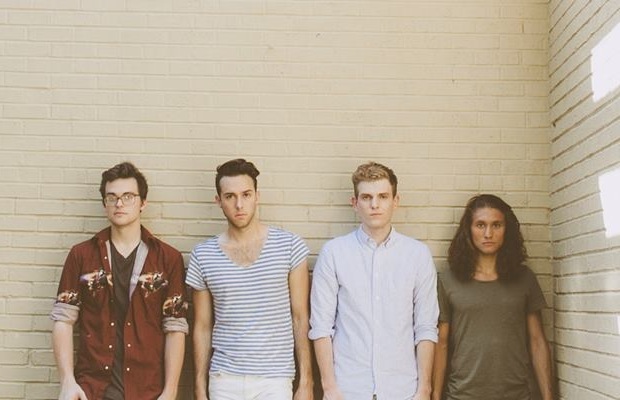 As we announced back when they premiered their awesome cover of Simon & Garfunkel’s classic “Cecelia,” Nashville synthpop act Coin will headline Exit/In tonight, Jan. 24, for their first local show of 2014. Coin have quickly become one of our favorite up and coming acts in town, and we’re told that they have all kinds of exciting announcements right around the corner. Joining the group this evening are Sol Cat and Phin, and, for just $10, we’re calling this the weekend show to beat. After the jump, find out more about it!

We’ve been longtime fans of Coin, but, since the release of their best single to date, “Time Machine,” back in the fall, we’ve been eying them to be the next big breakout Nashville act. Upbeat, energetic, poppy, harmony-lovin’, synth rockin’, and infectiously catchy, if you haven’t jumped on the Coin bandwagon yet, you’d better catch up! Their last local headling show sold out, so grab your tickets early for this one.

We’ve been writing about Sol Cat for about as long as they’ve been a band, but, with the recent release of their latest EP, Welcome to Cowabunga, the guys have really settled into their own as one of the best acts in town. Still channeling their long-standing psychedelic and groove-rock tendencies, Sol Cat have tightened their sound and broadened it to include poppier arrangements and more electronics.

Phin, led by singer-songwriter Toby Haydel, have been impressing us left and right since seemingly appearing out of nowhere early last year. After their awesome, eclectic debut EP, Those Killers, we’re seriously looking forward to whatever the indie rockers have up their sleeve for 2014. 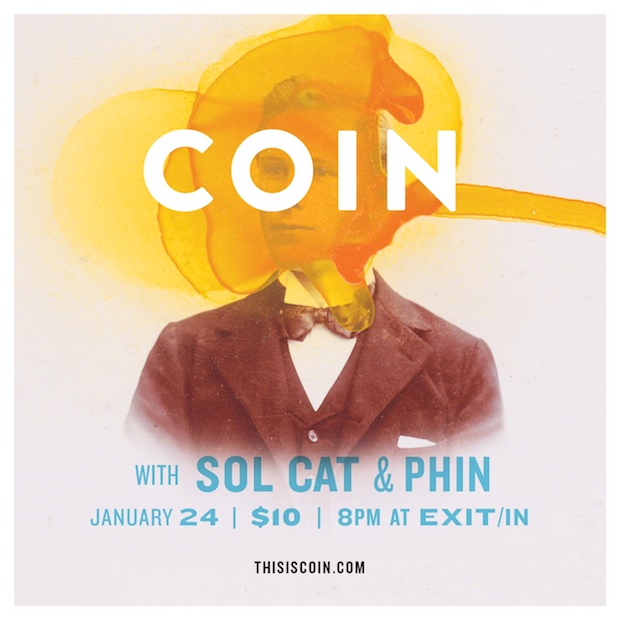