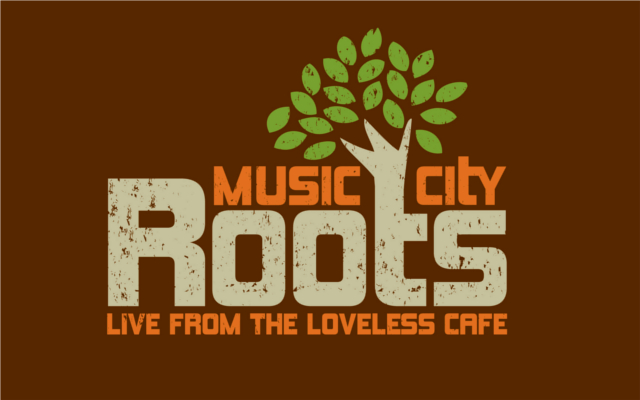 Most people know the Loveless Cafe as Nashville’s premier destination for mouth watering biscuits, Southern comfiness, and stunning fried chicken, but did you know that every Wednesday Loveless serves up more than one kind of jam (sorry, we couldn’t resist that one)? As it turns out, Loveless Cafe allows Music City Roots to host a live radio show in the Loveless Barn. The event has been growing steadily over the last few years, and the weekly broadcast has become one of Hippie Radio 94.5 FM’s most beloved programs. You can bet that one of us here at No Country is listening just about every week at 7 p.m., which is why this week, we decided to go out to Loveless Barn and see things go down firsthand. Headlining and hosting the event tonight is Americana legend Jim Lauderdale, who will be joined by bluegrass savant Sarah Jarosz, multiple Grammy nomineesThe North Mississippi Allstars, fellow Grammy honoree John Fullbright, and funk masters BlindDog Smokin’, who will be performing with the legendary Bobby Rush. Whew. That’s one stacked lineup. You can enjoy all these bands for only $10 at the all ages show tonight at 7 p.m. It’s likely to sell out, so grab your tickets in advance.

If the man’s history gives us any indication of what his performance tonight will be like, the flashy Jim Lauderdale will almost certainly dazzle crowds tonights with his unique blend of Americana and country tunes. Additionally, Lauderdale will the host for the evening, setting a precedent the rest of the acts will have a tough time living up to. After all, the man straight up reeks of genuineness; go look at a few pictures of him and try to tell us he doesn’t look exactly how a frazzled, humble country star should look. Go on, we’ll be waiting for your comments. Lauderdale’s been in the game since the early 90’s, and his years of experience give him a musical edge that’s hard to find these days.

Sarah Jarosz has been kicking up quite a fuss in the Americana world with her chart topping releases, and for good reason: no one’s seen somebody this young and yet this talented, well, ever really. Tracks like the one embedded below really highlight the surprising difference between Jarosz’s organic age and musical maturity. Her most recent album, Build Me Up from Bones, is a finely crafted masterpiece oozing warmth and personality, but you really ought to see it live. Oh wait, you totally can. Tonight at the Loveless for only $10.

Spend any length of time in the Nashville country music scene, and you’re basically guaranteed to run into The North Mississippi Allstars at some point or another. These guys simply play everywhere and still Nashville craves more of their sweet grooves and emotional Americana personality. The band also feels comfortable getting downright crunchy, and one shouldn’t be surprised to hear them rocking harder than anyone else tonight. That’s kind of their style.

The voice of Oklahoma native John Fullbright is one of those rare ones with no other peers. Fullbright’s crystalline melodies are perfectly countered by his homey twang. These two ingredients, when mixed in conjunction with his expressive guitar harmonies, are widely known to leave audiences stunned. In fact, so many jaws have dropped in response to Fullbright’s performances that Nashville enacted a temporary ban against his music, for the sake of our mandibles. Okay, okay. We made that part up, but that doesn’t mean you won’t be left speechless and quaking by this incredible artist’s performance this evening.

Despite the emphasis on country and Americana tunes, Music City Roots does like to have a bit of variety in their show, which perhaps explains the planned collaboration between funk and Motown masters Bobby Rush and BlindDog Smokin’. Both these artists have cornered the modern day market for classic R & B and soul, and will without a doubt deliver a potent dose of bumping grooves and smooth, supple vocals at tonight’s performance.

Jim Lauderdale, Sarah Jarosz, John Fullbright, The North Mississippi Allstars and Bobby Rush with BlindDog Smokin’ will perform 12/11 at Loveless Barn. The show is all ages, begins at at 7 pm (doors at 6 pm), and tickets are available for $10.