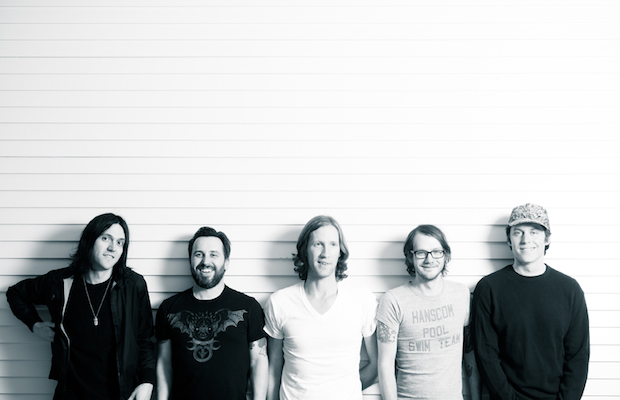 Omaha post-hardcore/emo/indie rock act Desaparecidos are one of the many, many bands on planet earth, past or present, to include Conor Oberst, best known as the vision behind Bright Eyes. While Oberst is a very busy man and, as a byproduct, many of his groups have existed intermittently, Desaparecidos had an especially short run, forming in 2001 and releasing one single full-length in 2002 before disbanding. Though the band have been fairly active since last year, touring sporadically and releasing a handful of singles, Desaparecidos’ recent reunion marks fans’ first opportunity to catch the group in over a decade. Tonight, in fact, appears to be their first Nashville show ever. With support from Brooklyn punks The So So Glos, this is one hell of a Monday night show, and will undoubtedly set the bar for the entire week. After the jump, find out more about both acts!

A sharp contrast to Oberst’s Bright Eyes, a project which predated Desaparecidos (but amassed greater recognition after their disbandment), Desaparecidos channel a more raw, aggressive indie/garage rock sound, conjuring elements of post-hardcore and mid-’90s emo. Their one album, Read Music/Speak Spanish, has amassed a larger cult following over the past decade and, coupled with band’s short window of existence, they’ve become something of musical legends in their absence. A proper band, and not just a vehicle for Oberst, Desaparecidos seem to have reformed for all of the right reasons and, at this rate, may end up sticking around longer the second time. Still, all of the group’s members are juggling other projects, so, if you’ve ever dreamed of catching Desaparecidos in Nashville, or you’re an Oberst fan curious to see him in a different musical setting, we can’t stress enough how important this show is to catch!

Poppy Brooklyn punk rockers The So So Glos have passed through Nashville several times lately, typically with some combination of Titus Andronicus and/or Diarrhea Planet, and they’ve blown us away every time. They have a knack for hooks, an unrelenting attitude, and a powerful and fun live show. Their latest record, Blowout, is something of a pop punk masterpiece- and we mean real pop punk, not the several times removed radio-primed junk the scene is trying to pass off for punk these days. As one of the driving forces in the NYC DIY scene, The So So Glos are a callback to when punk was free of gimmicks and all about community. Though their matchup with Desaparecidos might seem a bit odd, energy and attitude-wise they’re a perfect fit, and a really, really good reason to show up early!

Desaparecidos and The So So Glos will perform TONIGHT at The Cannery Ballroom. The show is 18+, begins at at 9 p.m. (doors at 8 p.m.), and tickets are available for $25.